WHAT IS OUR ONE DEMAND?

Anybody remember what that one OWS demand was? Well... "The most exciting candidate that we've heard so far is one that gets at the core of why the American political establishment is currently unworthy of being called a democracy..." 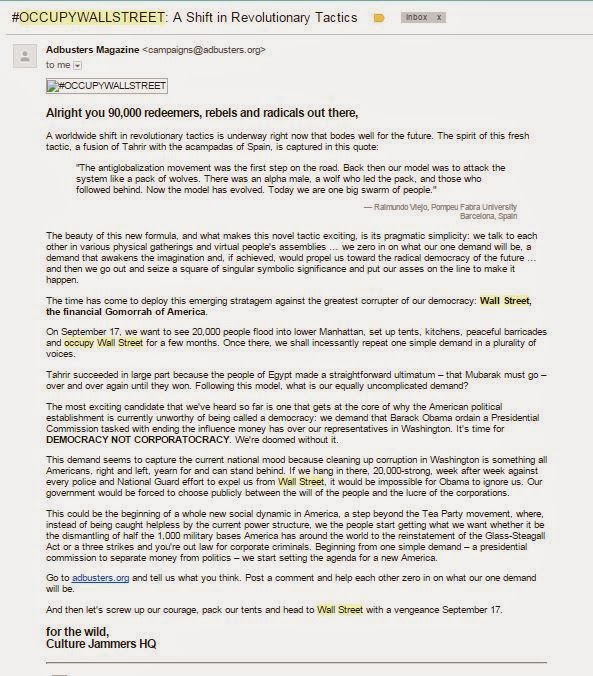 "...we demand that Barack Obama ordain a Presidential Commission tasked with ending the influence money has over our representatives in Washington. It's time for DEMOCRACY NOT CORPORATOCRACY, we're doomed without it."

As Hillary Clinton said the other day in Iowa, "We need to fix our dysfunctional political system and get unaccountable money out of it once and for all even if that takes a constitutional amendment." (The Guardian observed that "It was a bold stance from Clinton, who has long courted the support of Wall Street hedge funds and is widely expected to benefit from the most expensively financed campaign in US presidential history." I suspect by "bold" they meant "brazen.")

So does that mean Hillary Clinton wants to bring "DEMOCRACY NOT CORPORATCRACY" to the U.S.A.? Uhm. Not so fast. A constitutional amendment is not a slam dunk. Some say it is delusional. What Hillary really has on offer is "hope" (with a capital

). And that rhymes with soap and that stands for soap sell swindle. From the encyclopedia of scams:

A "soap" salesman offers to give away money wrapped in with the soap packages ( $1 to $100 bill) in order to induce the sales of his wondrous product. Using slight-of-hand the money is extracted so that none of the bars have any money. They are sold for $1 at the start. Shills will use palmed $5 and $10 bills to get sales rolling at which time the soap sales man begins to auction off the remaining packages to the highest bidder. 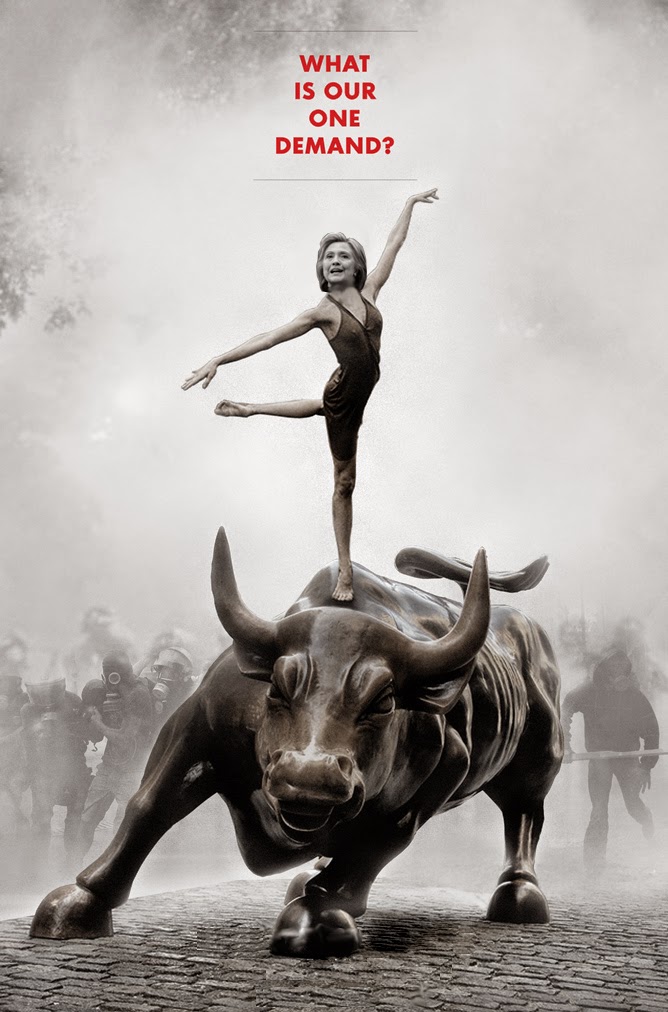