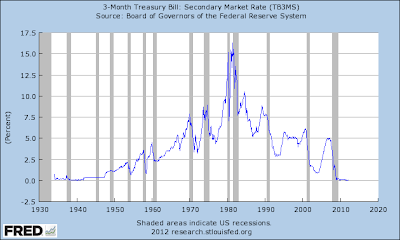 Austerity isn't working in Europe. Greece is collapsing, Italy and Spain’s output is declining, and even Germany and the U.K. are slowing down. In addition to its direct economic costs, these “austerity” programs aren't even swiftly closing budget gaps. As incomes decline, tax revenue drops, and it is harder to cut spending. A downward spiral looms.

Alas, Cochrane switches to his usual rant criticizing fiscal stimulus, which Noah ably takes down. But let’s focus on this:

Economists have been arguing about whether this “multiplier” is more or less than one; five is beyond any reported estimate. Keynesians made fun of “supply siders” in the 1980s, who made similar claims for tax cuts. At least those cuts had incentives on their side, which stimulus doesn't.

Mark Thoma had a similar concern. I wish Cochrane had read this post and how Mark resolved his concern:

Art Laffer was claiming that tax cuts pay for themselves even if the economy were at full employment and even if the Federal Reserve was setting interest rates well above zero. In case, Cochrane does not realize that interest rates today are a far cry from what they were during the 1980’s, here’s a graph of Treasury bill rates.
Posted by ProGrowthLiberal at 5:30 AM