The commodity in terms of which the prices of all the others are expressed is the numéraire. -- Leon Walras, Elements of Pure Economics. 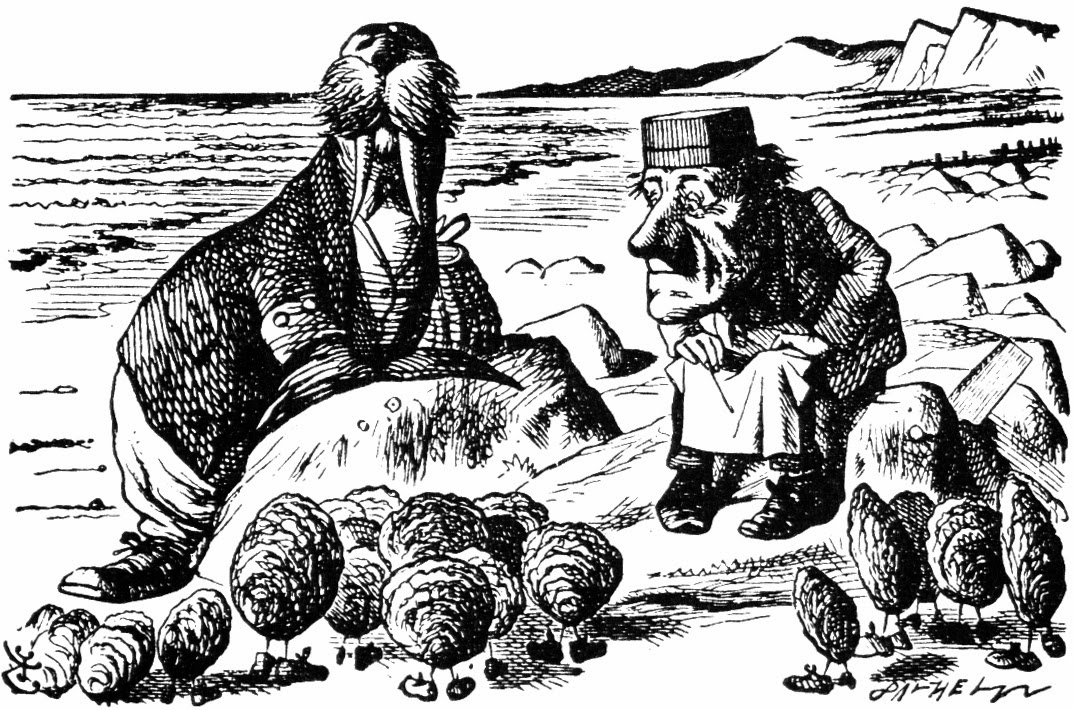 But the numéraire is a purely technical device, introduced simply for the purpose of making exchange values explicit. In no way does the introduction of a standard of value alter the fundamental nature of the economy in question. It remains a barter economy, since goods are exchanged solely for other goods. André Orléan, The Empire of Value.

In a previous post, Public Works, Economic Stabilization and Cost-Benefit Sophistry, the Sandwichman introduced David Ellerman's argument that the supposed efficiency/equity distinction underlying the Kaldor-Hicks compensation criterion is a "same-yardstick" illusion created by the tautological use of a numéraire (or "standard commodity") to evaluate its own value. One oyster is worth exactly one oyster in oysters. Ellerman demonstrated that simply switching the numeraire could have the effect of reversing which outcome is held to be efficient.
This discrepancy is not some curious foible of arcane economic theory. The Kaldor-Hicks compensation criterion is "the theoretical foundation for the use of the analytical device known as benefit-cost (or net present value) analysis" (emphasis added, Stavins 2007)
Ellerman documented the numéraire illusion (or fallacy) in a working paper dated ten years ago. Since then, he has presented several versions of his refutation of Kaldor-Hicks. According to Google Scholar, there has been one non-self citation -- in a 2014 Masters thesis -- of the five versions listed in Google Scholar.
There is a long and futile history of pointing out flaws in Kaldor-Hicks. In their 1978 review of the Kaldor-Hicks inspired "New Welfare Economics," Chipman and Moore declared it a failure, "...judged in relation to its basic objective of enabling economists to make welfare prescriptions without having to make value judgments and, in particular, interpersonal comparisons of utility." They concluded their review with the following assessment:

After 35 years of technical discussions, we are forced to come back to Robbins' 1932 position. We cannot make policy recommendations except on the basis of value judgments, and these value judgments should be made explicit... When all is said and done, the New Welfare Economics has succeeded in replacing the utilitarian smoke-screen [of technical jargon] by a still thicker and more terrifying smoke-screen of its own.

Thirty-six years on, that thicker, more terrifying smoke-screen prevails.
In a paper published in 1997. Kjell Arne Brekke presented an analysis that highlighted a different aspect of the importance to the outcome of cost-benefit analysis of the choice of numéraire. Brekke showed that, when public goods are involved, the sign (plus or minus) of the sum of net benefits is not independent of the choice of numéraire.
Brekke's discussion is marred by the peculiar conclusion that "[t]he choice of money as numéraire is systematically favourable to those who value money the least, relative to alternative numéraire." "Why do money and not environmental units as numéraire favour the environmentalist?" Brekke asked. His answer confuses the result of incoherent calculations with actual outcomes:

Contrary to what Brekke argued, the choice of numéraire makes no difference to the net benefits from a project -- it only changes how those benefits are represented. In fact, by (mis)representing an environmentally-harmful project as unduly financially-beneficial, such "positive" results would support a decision that is less favourable to the environmentalist. Brekke also crucially misstated the Kaldor-Hicks compensation criterion as "the winners should compensate the losers."
In a commentary on Brekke's article, Jean Drèze acknowledged that "Brekke’s interpretation of his own result is indeed somewhat misleading" but argued none-the-less that these lapses shouldn't detract from the important insight that, "[w]hen the unweighted sum of net benefits from a project are used as a criterion of project evaluation, cost-benefit analysis may be sensitive to the choice of numéraire." With regard to the ethical status of the [Kaldor-Hicks] compensation criterion, Drèze observed that "[i]f compensation is only hypothetical, it is irrelevant. If it is actual, it should be counted as part of the project, which becomes a Pareto-improving project so that its desirability is not an issue." In a passage, Drèze speculated on the reasons for the persistence of the ethically vacuous, analytically incoherent "aggregate benefit criterion" (ABC) touted by the compensation criterion:

In short, Brekke’s analysis does highlight a major problem with the ABC criterion, which adds to its other theoretical flaws. In the light of these flaws, it may be asked why the ABC criterion is so widely used in practice. Several possible reasons come to mind. First, the practitioners may not appreciate these flaws. Second, they may be aware of them, but use the ABC criterion for convenience. Third, they may be reluctant to contemplate the value judgments involved in choosing distributional weights. Fourth, they may hold the normative view that marginal social utilities are equal in terms of their chosen numéraire. Fifth, they may simply be siding with the rich.

Drèze missed a sixth possible reason: acknowledging these iatrogenic flaws in the aggregate benefit criterion may have profound implications for the theoretical foundations of neoclassical economics that can't be papered over with distributional weights, as Drèze seems to think, or by reversion to an "actual" Pareto-improving standard instead of a hypothetical one. To put it bluntly, all the stuff and nonsense about numéraires proceeds from the a priori assumption of a barter economy -- that "goods are exchanged solely for other goods."
As Orléan puts it, Leon Walras's numéraire "is a purely technical device..." What "counts" is not money but some presumably intrinsic value that is held to inhere in the goods themselves -- "behind the veil of money," so to speak. "Real money," Orlean continues, "money that 'not only supplies a unit of account but also actually circulates and in addition functions as ‘a store of value'—does not exist." The incoherence of the aggregate benefit criterion and its corollary of hypothetical compensation is a symptom of the fundamental incoherence of the barter metaphor. "The most serious challenge that the existence of money poses to the theorist," according to Hahn (1982), "is this":

One has to wonder, though, just what is "best developed" about a model of the economy that can't find room for the existence of money. In his review of Hahn, Minsky referred to that model more bluntly as "rubbish that prevents the flowering of new theory."

Of Sealing Wax and Cell Phones...

Arguing against perfect foresight is as embarrassing as it is futile. To borrow Robert Solow's image, it's like debating cavalry tactics at the Battle of Austerlitz with a lunatic who thinks he's Napoleon Bonaparte. But the hypothetical prescience of the numéraire is both fundamental and lethal to the Kaldor-Hicks compensation criterion. The mix of commodities available in the future will be radically different than the commodities available today, just as today's commodities are radically different from those of fifty or a hundred years ago.
Without perfect foresight (and without money -- real money) prices in a barter economy existing sometime in the future would be incommensurable with prices in a barter economy today. There could be no "standard commodity," no numéraire. The question of the choice of numéraire would be moot because there are no candidates to choose from.
With perfect foresight, however, market actors would know whether or not compensation is/was/will be paid to the losers in a "potential" Pareto improvement. In other words, the addition of the word "potential" makes the phrase an oxymoron that violates the model's specifications.
No doubt Cost-Benefit Analysis gets around this dilemma by smuggling in a "common-sense" notion that money is nevertheless performing its magic in spite of the value theoretical "rigor" that has banished that supposedly illusory veil. With such a hybrid of theoretical abstraction and absent-minded distraction, neoclassical value theory gets to barter off its cake and eat it too.
Try not to think of an elephant. Money is essential to a market economy. "Market economies based on barter are inconceivable..." André Orléan argues in "Money: Instrument of Exchange or Social Institution of Value?" That "inconceivable" must be taken literally. The attempt to conceive of a market economy based on barter flounders on the shoals of cognitive dissonance. "Don't think of money," the theory commands. But you think of money. As Hyman Minsky wrote 30 years ago, "the Emperor of today's theory, the Arrow-Debreu version of Walrasian general equilibrium, has no clothes."
The Kaldor-Hicks compensation criterion proclaims that we can all get richer by laundering the Emperor's invisible new clothes.

In 1952 the Bureau of the Budget, in a Budget Circular [A-47] that neither required nor invited formal review and approval by the Congress, nailed this emphasis into national policy, adopting it as the standard by which the Bureau would review agency projects to determine their standing in the President's program. And soon thereafter agency planning manuals were revised, where necessary, to reflect this Budget Circular. In this way benefits to all became virtually restricted to benefits that increase national product. The federal bureaucrats, it should be noted, were not acting in a vacuum; they were reflecting the doctrines of the new welfare economics which has focused entirely on economic efficiency.

When all is said and done, the New Welfare Economics has succeeded in replacing the utilitarian smoke-screen by a still thicker and more terrifying smoke-screen of its own. 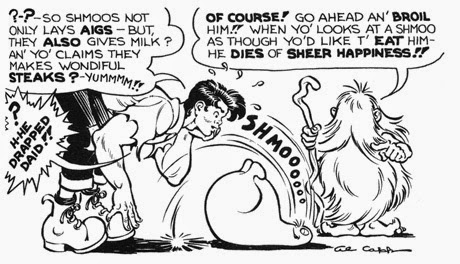 Posted by Sandwichman at 2:57 PM