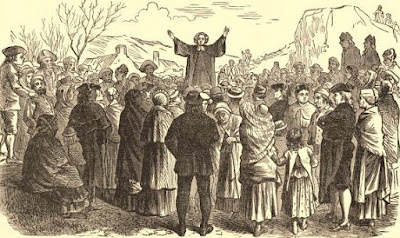 There’s a theory about the sins and shortcomings of society: they are all due to our failures of consciousness.  If people were purer, given to understanding and following the true path, the problems of this world would cease to exist.  According to this view, poverty and inequality are the result of greed, wars occur because people fail to see the humanity in the “enemy”, and bigotry feeds on fear and ignorance.  The solution is to cleanse our consciousness and achieve enlightenment.  This is the way of religion, which has endeavored to perfect the world for thousands of years, with mixed results.

I’d like to think a more promising approach is to identify the structures in society—the laws, customs, institutions, and rules—that are responsible for these problems and change them.  This is the way of politics, preferably informed by deliberation and experience.  From a political perspective, trying to change people’s consciousness has some value as an end, but it is mainly important as a means, part of building a movement for collective action.

What I sense is that, for many on what considers itself the left, politics in the sense of the previous paragraph is a delusion, a repeating nightmare that one can only awake from, not transform.  Instead, passionate energy is funneled into demanding changes in language, personal behavior and conceptions of one’s identity.  Done right, that’s worth doing—better consciousness and behavior is better for all of us—but not as a substitute for politics.  And if you take politics seriously, battles over culture and consciousness should be strategic, taking into consideration how they can best contribute to collective action.

As I’ve tried to imply in my subtler moments, the biggest, hugest, screamingest problem we face is a grotesque imbalance of power, and amid all the chatter over policy, investigations and reports, and cultural struggles, hardly any work is going into the organizing we need to build a counterpower to that of the Right.  My fearless prediction is that, unless power is rebalanced, no accumulation of evidence, clever policy idea or righteous act of cultural subversion is going to make a damned bit of difference.

(Night thoughts on reading “The Koch Network and Republican Party Extremism” by Theda Skocpol and Alexander Hertel-Fernandez.  Image credit: Venngage.)
Posted by Peter Dorman at 1:37 AM

Funny how the lunatics on the Right are yelling exactly the same thing about the power of the Left.

This ideal of mental purity and consciousness cleansing is an indicator for the worst elements of the right and left. They're fundamentally imbalanced and easily unhinged by their desire and longing for this false need. If you have enlightenment, you don't need to think and make choices for which you are responsible.

Religion is ideal. He who has ears to hear let him hear. (OTH: many are called but few are chosen.) 🙁

Europe is doing a good job of this lately. America has fallen impossibly behind in balancing power in favor of the majority of us: 6% labor union density in the non-government economy equates to 20/10 blood pressure — it starves every healthy democratic process.

Economics claims to be a science but is NOT. Theoretical economics (= science) had been hijacked from the very beginning by political economists (= agenda pushers). Political economics has produced NOTHING of scientific value in the last 200+ years.

From Adam Smith/Karl Marx up to the “Bank of Sweden Prize in Economic Sciences in Memory of Alfred Nobel” economists claim that their economic policy guidance has ― in contrast to those of politicians, cranks, demagogues, preachers, snake-oil sellers, agitators, impostors, etcetera ― scientific foundations.

Fact is that there is NO greater embarrassment in the history of modern science than economics. The four main approaches ― Walrasianism, Keynesianism, Marxianism, Austrianism ― are mutually contradictory, axiomatically false, materially/formally inconsistent, and all got the foundational concept of the subject matter ― profit ― wrong. What we actually have is the pluralism of provably false theories.

Both orthodox and heterodox economics is scientifically unacceptable. Because of this, economics has nothing to offer in the way of a well-founded advice: “In order to tell the politicians and practitioners something about causes and best means, the economist needs the true theory or else he has not much more to offer than educated common sense or his personal opinion.” (Stigum)

Fact is that economics has by now degenerated to pure political agenda pushing. A short visit of the econoblogosphere suffices to realize that economic content has virtually evaporated:
• Tolerance And Terrorism In Saudi Arabia#2
• John Davidson’s Bad Faith Defense of General Kelly#3
• If we treat plutocracy as democracy, democracy dies#4
• Republican Class Warfare: The Next Generation#5

Since the founding fathers, economists violate the principle of the separation of science and politics. Economics is what Feynman famously called a cargo cult science.#6

Economics is currently completing its career from failed science to fake science to political fraud.#7 It is time now to expel economists officially from the sciences. The first step is to abolish the fake economics Nobel.

#1 Why is economics such a scientific embarrassment?
https://axecorg.blogspot.de/2017/09/why-is-economics-such-scientific.html

#6 What is so great about cargo cult science? or, How economists learned to stop worrying about failure
https://axecorg.blogspot.de/2017/05/what-is-so-great-about-cargo-cult.html