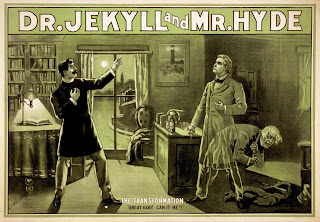 "In too many cases one is unsure of exactly what restraints are being imposed and by what authority the exercise is legitimated. Fittingly, the history of ceteris paribus is a history of studied ambiguity." – Joseph Persky

Let us not worry about too many cases. Let's focus on the paradigmatic case. Persky identified Alfred Marshall's role in "spreading the word" of ceteris paribus:


"It is very likely that Alfred Marshall picked up his use of ceteris paribus from Cairnes. Although he doesn't cite Cairnes in his methodological discussions of the phrase, Marshall does use the following quotation from Cairnes in a discussion of the wages-fund theory: 'the rate of wages, other things being equal, varies inversely with the supply of labour.'

"Whatever its origins, the fact remains that Marshall was the one to popularize ceteris paribus."

The phrase was actually 'other things being the same,' which appears eleven times in Cairnes's Some Leading Principles of Political Economy: Newly Expounded (caeteris paribus appears six times and 'other things being equal' twice). Notice that Marshall cited Cairnes "in a discussion of the wages-fund theory." More specifically, Marshall was criticizing Cairnes's attempt to "resuscitate" the wages-fund theory, in which Cairnes avoided the old pitfalls "only by explaining away so much which is characteristic of the doctrine." Apparently, though, Marshall must not have noticed that it was precisely the infernal ambiguity of the ceteris paribus device that enabled Cairnes to explain away the pitfalls in the doctrine. Marshall went on to promote the use of the ceteris paribus "pound" in static analysis.

Persky's article mentions the methodological critique of ceteris paribus by twentieth century philosophers of science and cites Daniel Hausman's introduction to those arguments. A subsequent ceteris paribus "industry" has blossomed in philosophy in which "hardly a year passes without the appearance of at least a few articles on this topic in major journals." Although it would be an exaggeration to call it a consensus, there are cogent arguments "that extant attempts to save ceteris paribus laws from vacuity are massive failures." In a recent article, T. V. Carey has proposed Galileo's method of successive approximation as a "partial solution to the ceteris paribus problem."

While the philosophers are busy resolving the methodological difficulties raised by ceteris paribus, I would like to turn my attention to the political consequences of this magical clause. Cairnes's attempt to revive the wages-fund doctrine was a response to William Thornton's apparently decisive repudiation of it in On Labour Its Wrongful Claims and Rightful Dues; Its Actual Present and Possible Future. The wages-fund doctrine had lent pseudo-scientific legitimation to fierce partisan polemics against trade unionism.

Cairnes's response encompassed both defense and attack. It is in his defense of the wages-fund doctrine that the passage cited by Marshall appears. In a later chapter on trades unionism, Cairnes attacked a statement by Thornton to the effect that "the quantity of industrial work to be done is… 'at any give time a fixed quantity.'" Cairnes objected to this assumption vehemently:


"...I must make bold to say that, within the range of economic reasoning, no more profound fallacy finds a place than is contained in this inference; nor, I must add, is there one more pregnant with practical consequences of a pernicious kind."


"That the rate of wages is governed, as Adam Smith and his followers have conceived, by the proportion between the capital disposable for the payment of labour and the number of the recipients of that capital, is a notion that Mr. Thornton scouts with contempt, and he consigns the chimerical 'wages-fund' to the lowest limbo of unrealities. Yet, while attacking the name, we find him occasionally, under the pressure of facts, using language which virtually admits the thing, as when he says, 'that at any given time the whole quantity of work to be done is a fixed quantity, and the uttermost which employers can afford to pay for having it done is a fixed amount'; and in other places his language recognises the inevitable fact that employment must be limited by the amount of capital which at the time being sets it in motion, that amount being the thing to which Smith, McCulloch, Fawcett, and other writers have assigned the offensive name."

Thornton erred in "virtually admitting" the chimerical notion that he "scouts with contempt." Cairnes compounded error by not noticing that the "profound, pernicious fallacy" he bitterly denounced on page 251 of his book was none other than a restatement of the wages-fund doctrine he had stoutly defended back on page 174.

How is it possible that both Thornton and Cairnes could commit the identical errors while taking diametrically opposite positions on the question of the wages-fund? The answer lies in the ineluctable vagueness and ambiguity of the ceteris paribus clause. In the hall of mirrors (or 'kakeidoscope'*) where "other things remain the same," what "other things" are included in or excluded from the ceteris paribus pound is tacit as is exactly how they are "the same."

Adding intrigue to irony, Persky credited William Petty with introducing the term ceteris paribus into economic discourse. It is also quite possible the Petty wrote the earliest version of Thornton's "fixed quantity of work to be done." Except in Petty's version it was "a certain proportion of work to be done," not a fixed quantity. There is a world of difference between a fixed quantity and a certain proportion. No doubt part of the shape-shifting magic of ceteris paribus arises from its equivocation on whether it is quantities or proportions or both that are being the same.

Maybe ceteris vertigus (other things being dizzy) would be a better name.

* "He diligently gathers all the pieces required for his purpose, shows them to us one by one, and announces triumphantly: All the materials are here, as you see for yourselves, gentlemen, each duly numbered and authenticated; and we expect to behold a likeness, though a glaring and composite one. But at the last moment he puts them in the kaleidoscope (or kakeidoscope) of his idiosyncrasy, gives some rapid twirls and flourishes, and no mortal can guess what strange shape they shall have taken when finally settled for exhibition."

Posted by Sandwichman at 2:00 PM