In the summer of 1959, Loren Goldner and I hung out together at the City of Berkeley's Camp Cazadero. Loren called me "Stick" because I was skinny and because my last name was Walker. Walking stick > Stick Walker. I'm not sure if that was the year the boys' camp did a talent show skit based on exclamatory action comic book sound-effects words. When I came across this Hours of Work pamphlet, below, the author's name and affiliation with UC Berkeley were sure tip-offs that it was by my old camp buddy Loren's dad. Inside is the only extant artist's depiction of a "lump of work." The pamphlet also contains one of the most tantalizingly ambiguous "refutations" of union arguments that shorter hours create more jobs:


The fear of unemployment runs through much of the trade unions' justification for shorter hours. In the last half of the nineteenth century, the make-work idea was expressed in its very crudest form. The concept prevailed that there was just a given 'lump of work." Shorter hours of work meant that more men had to be found to do the job. Increased demand for workers, labor contended, drove wages up.

After World War I, the economic arguments made by unions became more refined, but the basic ingredients were the same. Unions argued that shortened hours coupled with higher wages and employment increased total spending; increased purchases led to more production, and this, in turn, created even more employment.

Actually, the 'lump of work" argument and its more complicated variation described above fail to consider two important factors. First, changes in hours of work are frequently accompanied by changes in productivity. If per unit costs of production decrease with shortened hours and increased productivity, there is a possibility that lower prices will expand demand. The "lump of work" grows larger under these commonly occurring circumstances.

Secondly, there are usually other economic factors at work which tangibly increase the "lump of work."

Actually, the first factor reinforces the "more refined" economic arguments for shorter hours. To reiterate: shorter hours lead to increased productivity resulting in lower prices that expand demand thereby creating jobs. The second factor simply affirms that ceteris is not paribus and thus is irrelevant to the refined arguments. In short, Goldner confirmed that shorter hours may indeed create more jobs but not for the "crude" or "refined" reasons that the pamphlet attributes to union advocates of shorter hours.

The logical/rhetorical gymnastics are dazzling.

Who said there was just a given lump of work?

Well, the unions didn't actually say it but it can be "inferred" from their advocacy of shorter hours.

What were the "basic ingredients" that stayed the same between the crude and the refined arguments?

What "important factors" did both the nineteenth century argument and its more complicated post-World War I successor "fail to consider"?

Well, um, that the jobs resulting from the productivity gains from shorter hours made the lump of work grow larger, therefore there wasn't a fixed lump of work.


In other words, it's like those math exams in high school where you get marked wrong even though you got the right answer because your pencil work didn't conform to the way they did the proof in the textbook. Only in this case, it is as if the teacher ignores what you actually wrote and marks you on the basis of what he assumes you must have been thinking based on who your friends are and what desk you sit at in class.

I should mention, in passing, that the editor of the pamphlet was Irving Bernstein, whose 1946 article "Labor and the Recovery Program" supplied a key detail for my post on "The Black bill, Green and the Blue Eagle." 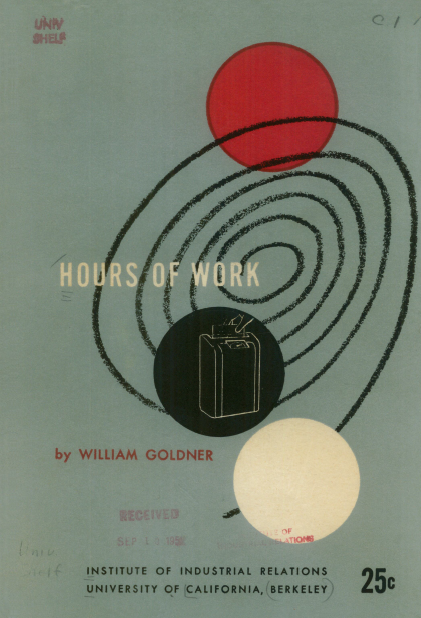 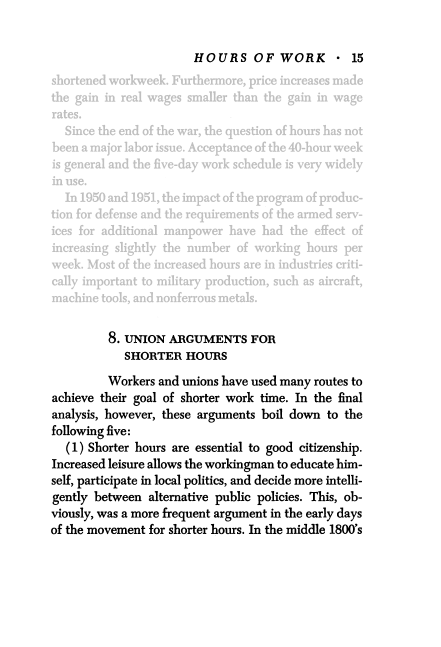 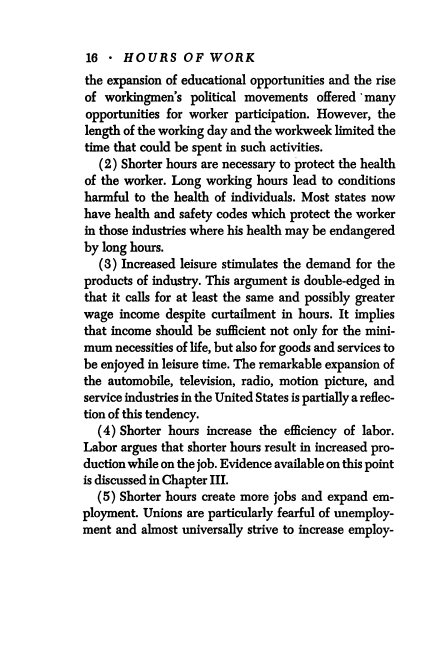 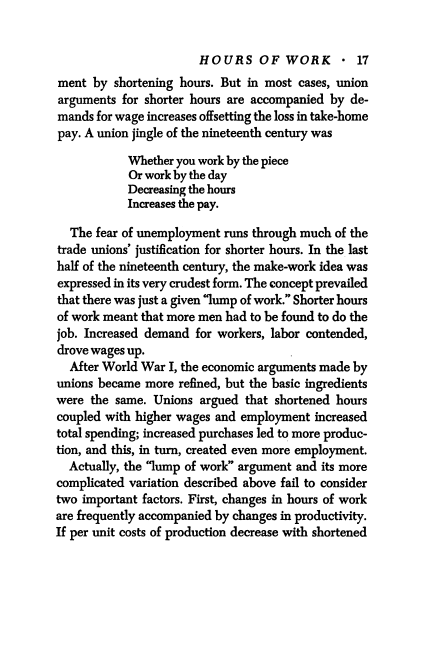 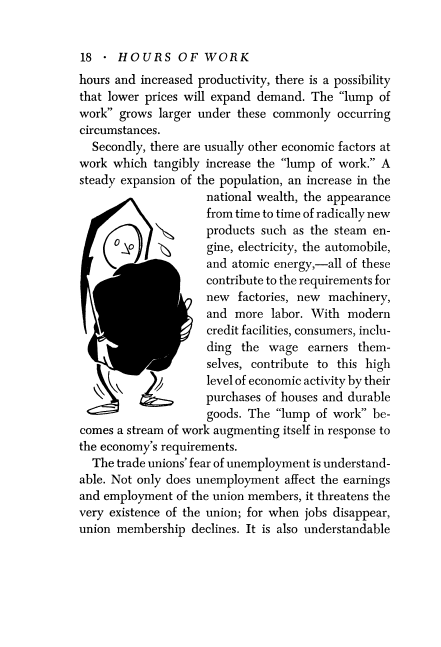 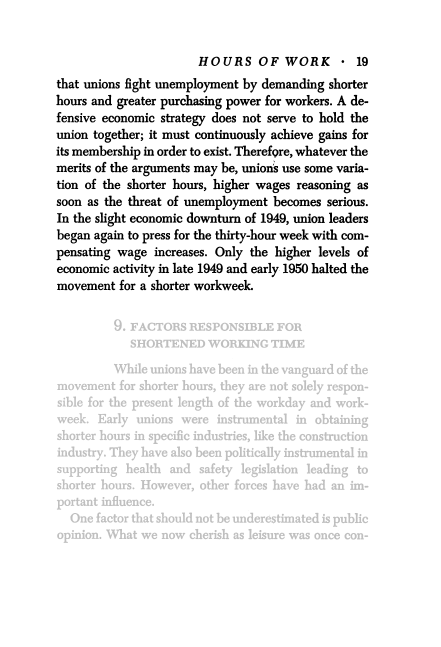