"So I don't care whether Hicksian IS-LM is Keynesian in the sense that Keynes himself would have approved of it, and neither should you. What you should ask is whether that approach has proved useful -- and whether the critics have something better to offer." -- Paul Krugman, "Unreal Keynesians" 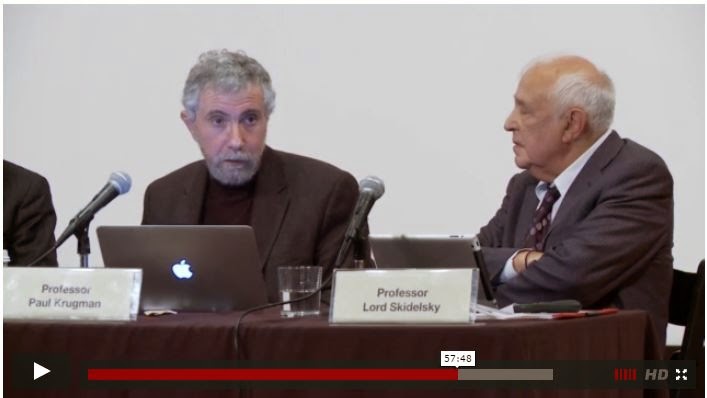 The issue, of course, is not whether 'the master' would have approved of the IS-LM gadget but whether it represents an analytical advance or a regression from the insights that Keynes achieved. In a 1980 "explanation," Hicks conceded that "as time has gone on, I have myself become increasingly dissatisfied with it." In a commentary on Hicks's explanation, though, G.L.S. Shackle was less ambivalent. I have selected and re-arranged passages from Shackle's commentary to highlight his central point -- that uncertainty and equilibrium are fundamentally incompatible concepts.


The one big thing in Keynes' ultimate conception is our unknowledge of what will create itself in time-to-come. "We simply do not know." The author of A Treatise on Probability expressly rejects the notion that probability can turn this unknowledge into its opposite. When we accept this view, the possibility of involuntary unemployment becomes self-evident.

Sir John Hicks' paper was the first presentation of IS-LM and has been for forty and more years the most famous and the most influential interpretation of Keynes. Central and essential to its argument is a notion of equilibrium.

In the literature of economics the word equilibrium covers a multitude of ideas and of vacuous substitutes for thought. Its pervasive presence and the ascendancy its serious meanings have exercised show plainly that it "does something" for the economic theoretician. What does it do? It enables him to exhibit the economic world as determinate, explicable, calculable, and even predictable. Equilibrium is orderliness, harmony, the advancement of one's own interest by serving that of others. Equilibrium is interactive rationality, the recognition that society is an organism. Above all, it is the necessary condition, the basis and sanction of proof. Pride in proof is legitimate. Proof is certainty, an end to debate, and it is more, in the scale of values and sensibilities of many of us. Proof is beauty. If economic theory is to validate its claim to be a deductive system, a science, then the equilibrium idea is indispensable. But proof can exist only in a closed world. It depends upon "givens." If we are not supplied with "givens," and if we are not defended from things not given, of which we were not told, things which can blow in on us in the cold draught from time-to-come, there is no proving things.

Prominent in Bauer's discussion of the origins of the notions of laissez faire and equilibrium is the role of Baltasar Gracian's Oráculo Manual -- which was translated into French by Amelot de la Houssaie in 1684 -- in popularizing both the notion and the term, laissez faire. Pierre le Pesant Boisguilbert is credited with introducing the term into political economic thought in a book published in 1707. Below is the maxim extolling the art of leaving things alone: 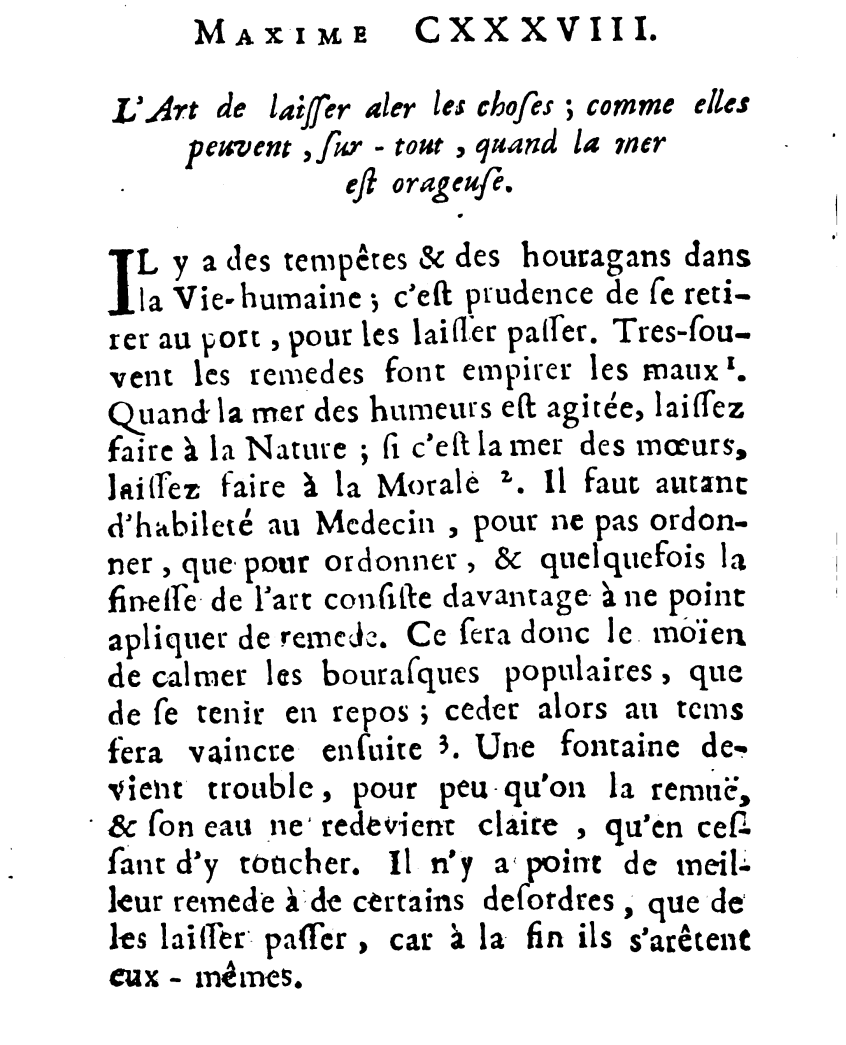 Where this story of equilibrium starts to get convoluted is in the Spanish Baroque's philosophical tradition of radical skepticism that Gracian exemplified. In the introduction to his English translation of Gracian's Pocket Oracle, Jeremy Robbins describes the "world of deception and illusion" central to Baroque thought: 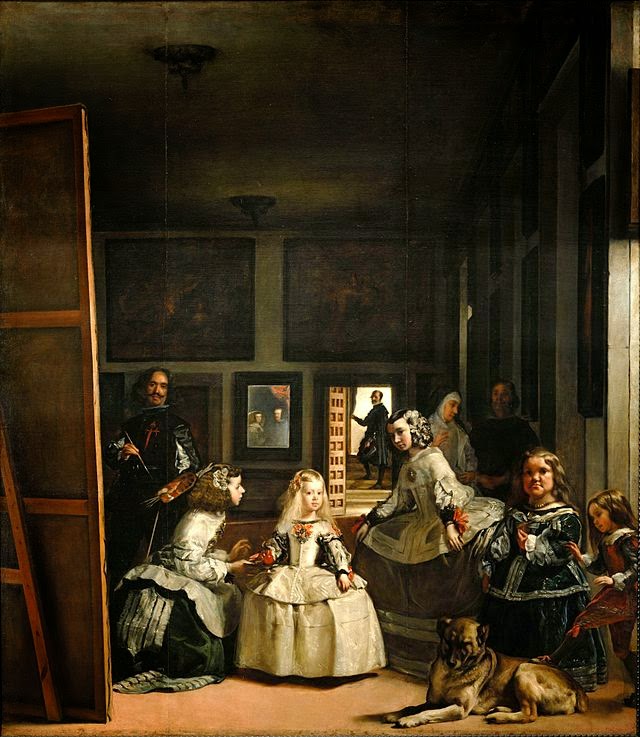 Gracián posits a world of deception and illusion, in which appearances predominate and malice and cunning are omnipresent. Hence the distrust, pessimism and misanthropy that characterize his world-view. The key concept here is deceit (engaño): this covers, for Gracián, not simply the deception of one individual by another, but our self-deception as to the true nature and value of the world, and hence our deception by the world. It is a term at once moral and epistemological: to fail to know the world for what it is condemns us to moral error and to failure. Because of our tendency to accept appearances and to follow our desires, passions and emotions, we are mired in a world of deceit. There is consequently an urgent need for disillusionment (desengaño), the other key concept of the Spanish Baroque, For Gracián and his contemporaries, disillusionment means the realization of the true worth of things, seeing them as they really are: in essence, that this world and all within it is worthless. For many writers, this means explicitly viewing things not from a human or worldly perspective, but from the perspective of eternity, on the grounds that the here and now, being transient, amounts to mere appearance, true reality being what awaits us after death.

Robbins is the author of an introduction to seventeenth century Spanish literature titled The Challenges of Uncertainty, in which he argues that Spanish literature, "creatively responded to the unprecedented sense of uncertainty fostered by developments across Europe... it was above all this scepticism which led Spaniards to employ literature and art to question the boundaries of reality and illusion."

Something weird is going on here. An aesthetic response to uncertainty about the bounds of reality and illusion has been adapted and transformed into a fundamental assumption about the nature of the the world. Uncertainty has been overcome by... an imaginary Utopia,

In "The Quest for Ignorance or the Reasonable Limits of Skepticism" Stephen Pepper argued that "Utter skepticism -- a skepticism void of all knowledge -- could not know itself and stands refuted in its very utterance." There are limits to what we cannot know. The Utopia of equilibrium is not simply incompatible with uncertainty -- it is an inevitable symptom of unreasonable uncertainty. Pepper asked, "How little can we know? What is the maximum of a reasonable unbelief?" His answer relied on the acknowledgement, first, of what he called "middle-sized facts":


These middle-sized facts are the matrix of all knowing. We are so immersed in them all the day long that we ordinarily miss their significance. The common man does not think about them, because he is moving among them; and the specialist does not think about them, because he has made assumptions that raise him above them. They get left out in most discussions of knowledge and fact. But they constitute the lowest limit of skepticism.

There are limits to what we cannot know.
.
Clever. We are always aware, I suppose, that there are limits to what we know. Uncertainty is the knowledge that we do not know what we do not know.
.
The Utopia of equilibrium is not simply incompatible with uncertainty -- it is an inevitable symptom of unreasonable uncertainty.
.
Yes, the unreasonable uncertainty of the normal distribution, of knowledge that has brought the world under control, with the remaining unknowns safely tamed and channelled as a residual out and behind thru the exhaust pipe of Progress.
.
The parodic Dr. Pangloss is never far in spirit from the Economist's Equilibrium Ignorant of All Things. Even Voltaire could not parody the neoclassical economist convinced that his own expertise consists of his superior conceit that he, alone, knows that the efficiency of (financial) markets means that he cannot possibly know when markets have malfunctioned, when a bubble, say, is in progress and prices are "wrong".

Krugman channelled Friedman's instrumentalism; it's as simple as that. Cheers to progress-free political economy.

I just noticed that the Jeremy Robbins quote about Gracian had somehow rearranged itself into an incoherent jumble. I have now fixed it. I hope the damn thing stays fixed.

"I wonder how far reaching a rejection of equilibrium might be for the discipline."

'Tis but a scratch.