Wayback to the Socially Available Future

In 1995 I launched the TimeWork Web, which was a "research site" for investigating the history, theory, desirability, practicality, and feasibility of reducing the hours of work. The fruits of that endeavor included my history and critique of the "lump of labor" fallacy claim, rediscovery of Sydney Chapman's once canonical "Hours of Labour" analysis, and the rediscovery and transcription of Charles Wentworth Dilke's The Source and Remedy of the National Difficulties deduced from principles of political economy.

A couple of days ago I sent off my manuscript of an article about the 200-year old pamphlet, first read on microfilm in the basement of the UBC library nearly 22 years ago. The motto of this Sandwichman retrospective comes from Walter Benjamin:

It is not the object of the story to convey a happening per se, which is the purpose of information, rather, it embeds it in the life of the storyteller in order to pass it on as experience to those listening.

Here is the introduction and overview of the research project launched in 1995: 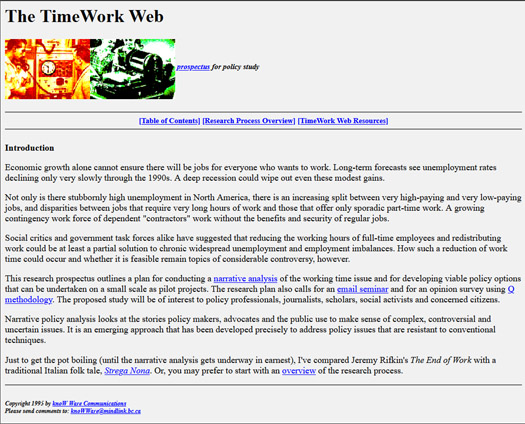 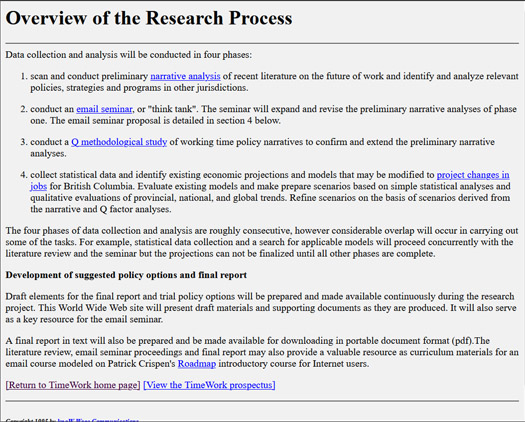 In June of 1999 I sent my transcription of the first six pages of The Source and Remedy to the email list pen-l (progressive economists network): 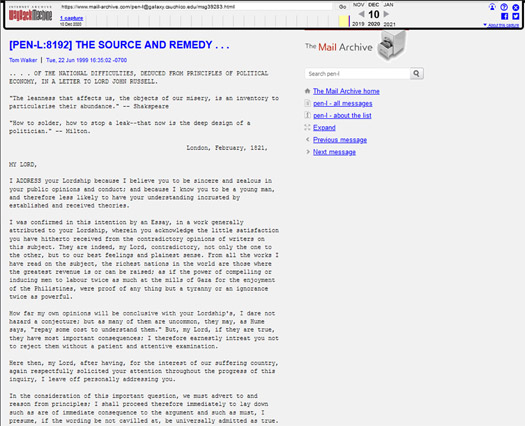 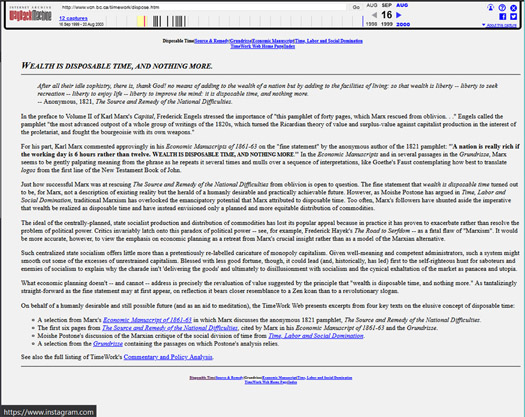 The Source and Remedy: 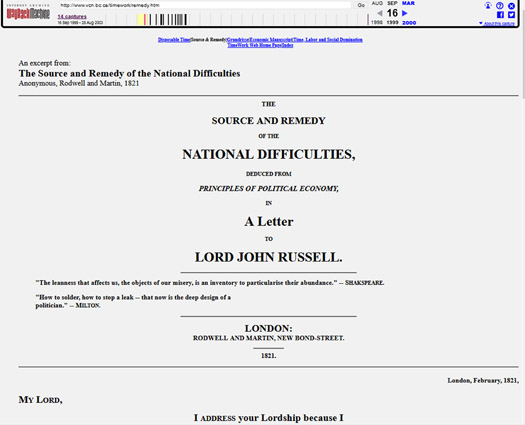 In March of 2004 I uploaded those pages to the Work Less Party website and announced it on Maxspeak, You Listen! 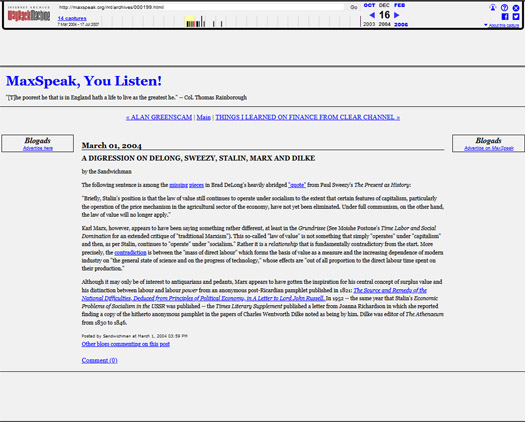 In July of 2004 I uploaded a pdf file of the whole pamphlet along with an introductory essay to the Work Less Party site. I posted a slightly revised version of that essay to EconoSpeak in February of 2009. The timing, you may notice, was about ten days after the inauguration of Barack Obama. There is a connection there which I may explore in a later post.

Posted by Sandwichman at 7:21 PM