Two and a half years ago Mike Konczal reminded us of a classic 1943 (!) essay by Michal Kalecki, who suggested that business interests hate Keynesian economics because they fear that it might work — and in so doing mean that politicians would no longer have to abase themselves before businessmen in the name of preserving confidence.

Sandwichman serialized Kalecki's essay on EconoSpeak in 14 installments four years ago. Strategically, it makes a difference whether your analysis comes before or after the damage has been done. Hindsight is no substitute for foresight.

There's something Krugman didn't mention today about Kalecki's essay. In it, Kalecki also singled out an important exception to the businessmen's fear of full employment: spending on armaments. See also: Krugman of Mass Destruction, October 30, 2011 and Krugman, Ike, Keyserling, Keynes and Kalecki: "Siphoning Off a Part of the Annual Increment of GNP," October 31, 2011.

I wonder, though, whether Kalecki went too far or spoke too subtly when he observed that "obstinate ignorance is usually a manifestation of underlying political motives." That might indeed be true when we include as "political" the rather mundane motivation of fitting in with one's colleagues. But I suspect it is misleading if we take "political motives" to refer to some larger purpose. Thus the controversy between the self-proclaimed Keynesians, like Krugman, and the austerians may be a bit of a phony war.

The choice is not between politically-motivated "bad" economics and technocratic "good" economics. The latter is a posture that only leads to what C. Wright Mills called "crackpot realism" -- a sort of Faustian bargain that settles for half the treasure in return for the whole soul on the assumption Old Scatch will be so pleased he gets to keep half the treasure he'll forget about collecting. The Sandwichman has a namesake's affinity for the story of the Faustian bargain. 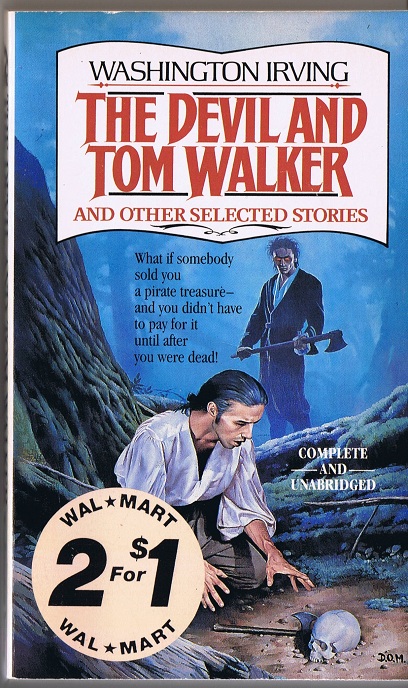