The Case for Precaution: Plan Bee 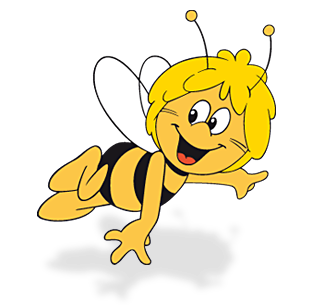 The EPA has it wrong and the EU has it right.  Here’s the problem: colony collapse disorder (CCD), which has ravaged honeybee populations in several parts of the world, has taken a turn for the worse.  About half the US stock of domesticated bees failed to survive this past winter, and growers who depend on these bees to pollinate their crops are worried that this essential work won’t get done.  The toll on wild bees is unknown at this point.

In response, the European Union has instituted a two-year ban on neonicotinoids, a class of insecticides widely used in agriculture, while they continue to study the situation.  In the US, the Environmental Protection Administration has just issued a report in which they say that there are many potential causes of the bee die-offs with possible interactions between them, and not enough is known about neonicotinoids to take action.

From what I have read, the EPA is scientifically wise and policy foolish.  We really don’t know for sure to what extent, if any, neonicotinoids are responsible for CCD, although their persistence and effects logically suggest they should be bad for bees.  More research is certainly needed.  But this is a classic example of the relevance of the precautionary principle, properly understood.

First, it’s important to be clear on framework for policy analysis as it applies to bees or anyone else.  In the past I have railed against the failure of economists to take minimization of Type I error, the risk of false positives, seriously in their ostensibly scientific work.  If science is about anything, it’s protocols—including replication, by the way—to filter out those things whose validity is really, really well-supported from those we suspect or have some belief in, but might still be wrong.  Naturally, there is no way to move forward without throwing research energy into hypotheses you believe in, but to be a science there has to be a process that filters all these claims and identifies those which, on the basis of careful testing, can be shown to have a negligible risk of being wrong.  Economics is very weak on these protocols.

But once you get to policy, the bias toward minimizing Type I error is misplaced.  Now both types of error, the risk of believing something to be true when it is false and believing it to be false when it is true, matter.  Specifically, they matter in proportion to their likelihood of occurring as well as their projected costs.  In the case of CCD and neonicotinoids, Type I error is thinking the pesticides are killing the bees when they aren’t, and Type II error is thinking they aren’t when they are.  Any regulatory decision will have to accept one risk of error or the other.  The cost of Type II error is suffering further damage to bee populations, while the cost of Type I is the impact on growers of pesticide restrictions that might later be regarded as excessive.  One way of thinking about the EU is that they did their calculations and decided to go with the risk of Type I error, while EPA added up differently and came to the opposite conclusion.

Now here is where we get to precaution.  It’s true: we have well-founded suspicions of neonicotinoids but insufficient data to be sure.  However, what has been our past experience with pesticides?  We’ve seen this movie before!  Again and again, we have seen previous generations of agricultural chemicals brought under suspicion, with a sufficient scientific understanding trailing behind after many years of research.  And what’s the pattern?  How often have we seen our judgment of the damages caused by these chemicals rise over time?  Just about always!  How often has it been that, the more we know about them, the safer they seem to be?  Just about never!  So what does this tell us about neonicotinoids?  The precautionary principle, as I’ve tried to elaborate it, tells us we should learn from our experience when trying to forecast the likelihood and cost of the risks of under- and overregulating.  Here the EU, following the precept of precaution, has done the right thing.

Incidentally, this analysis abstracts from two other issues.  First, how likely is it that neonicotinoids have other deleterious environmental effects besides those on bees?  A study that looks only at this one impact and assumes that there aren’t any others that would impinge on the cost of banning them is substituting tunnel vision for intelligent judgment.  Second, perhaps the whole policy analysis thing is simply a front for the political economy of agribusiness.  In the US the agrochemical producers and the commodity growers—folks who produce stuff like corn and soybeans that don’t depend on bee pollination—rule, whereas specialty crops that are bee-dependent are disenfranchised at the federal level.  In Europe cropping is more diverse.  They also have big pesticide producers but are apparently less beholden to them.  (Germany, home of Bayer, switched its vote from abstention to support of the temporary ban, presumably because of the charisma of Biene Maja, seen at the top of this post.)  One plausible theory is that the policy frames the analysis.

But ideas are not completely irrelevant, and it’s worth making the case for precaution when the stakes are high, as they are here.  Support Plan Bee.

NOTE: There is a correction to this blog in response to a comment that pointed out a writing mixup.
Posted by Peter Dorman at 5:16 PM

I do not know all the current facts on this matter, but thank you Peter for bringing this up. My quick check suggests that indeed this is a serious matter. All policymakers, starting with the EPA, should take this issue seriously.

"The cost of Type I error is suffering further damage to bee populations, while the cost of Type II is the impact on growers of pesticide restrictions that might later be regarded as excessive. "

This is semantically confusing. If the type 1 error is mistakenly thinking the pesticides are the cause, when that's not the case, shouldn't the "cost" of the error be the damage to pesticide makers and users, not the damage to bees?

The EPA has not been scientifically wise: Scientific wisdom would call for controlled experiments before generally exposing all the bees, and all of us, to novel pesticides. But this is too expensive and tedious for American agribusiness. So instead we all get to be the test subjects in a global experiment, and Europeans get to be the controls.

I am uncertain the EPA genuinely cares for science anymore, and entertain the possibility that all its decisions are now based on the weight of political pressure applied to the various sides of an issue.

Also, I believe the "Monsanto Protection Act" will prevent Monsanto at least from being sued in the event of widespread environmental and human damage. They have no incentive to be careful.

I, personally, have not seen a honeybee yet this spring, but that is just one anecdote. Have seen a few bumblebees.

JCH: Ay, you caught me in a sort of blogging dyslexia. I had it exactly backwards. Thanks for spotting it. I'll edit in the change.