In case you were wondering about how bad the U.S. job situation is, here's estimates of the unemployment rate for those who have been jobless (but still seeking jobs) for more than a half of a year, as a percentage of the total civilian labor force. The labor force is the total number of workers who are willing and able to work, as indicated by their either having jobs or actively seeking them. Even though the numbers are down in recent years compared to at the end of the "Great Recession," they are still much higher than during previous recessions in the U.S. (indicated by the vertical gray lines). -- Jim Devine 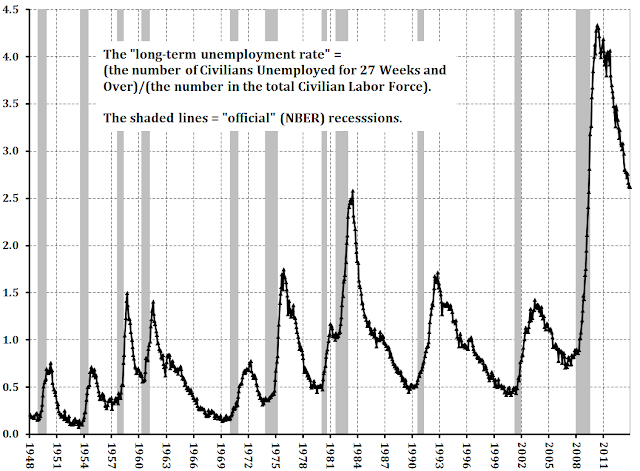 Posted by Econoclast at 6:44 PM

Very Good ratings. I reviewed your blog which looks interesting. Thanks for sharing.

really great info and such a comprehensive list on how to get facebook likes for free.
our company is an established buy facebook likes
company and its really nice to see that there are free options out there as well.