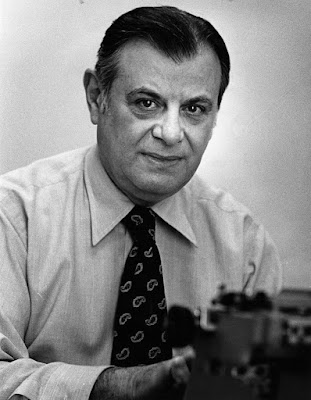 It’s with more than average interest that I just read a review of David Maraniss’ new book about his father Elliott, A Good American Family: The Red Scare and My Father.  I knew Elliott during my years in Madison as a contributing writer to his newspaper, the Capital Times, and as an informal sounding board for his thoughts on the New Left.  The period in question was the early 1970s.

First, Elliott was the most visibly nervous person I had ever met.  He talked quickly in a loud but skittish voice, and his usual facial expression was a half-smile that seemed to reflect a deep uncertainty about everyone and everything.  Of course, he held a position of authority—editor—and he was able to make decisions rapidly and with conviction.  Still, it always seemed there was something more going on; I had no idea.

Elliott was fascinated but frustrated with the left I was a small part of.  On the one hand he genuinely welcomed it; he knew the anarchic energy of young people was necessary to clear away the detritus of decades of conservative domination.  But he also wanted us to be more reasonable, to know when to compromise and not be so damned sure we were always right.  At the time I felt this was a reflection of his ties to the “old, tired world” we were out to overthrow; today I think we should have had more common ground.

Incidentally, Elliott had a strong professional streak that I always admired.  He cared about journalism and good, clear writing.  I think it was because of my writing chops that he was so open to me, when just about everything else about me probably annoyed the hell out of him.
Posted by Peter Dorman at 5:58 PM

I never met Elliott, but I have known his son and now well-known author, David Maraniss, since high school. I did not know back in those days about his Communist Party background and bad experience with HUAC.