If Luskin is Selling Stocks – Isn’t It Time to Buy? 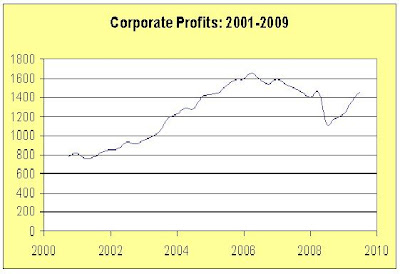 A friend of Brad DeLong reads the latest from Donald Luskin and then writes:

Wow! His record as a perfect contrary indicator remains untarnished!

Luskin thinks the stock market is overvalued with his “reasoning” being:

There were a lot of good reasons for stocks having risen as they did. First, we came from a terrible panic in March, 2009, when they were deeply oversold. Then as the rally progressed, it was fueled by a huge increase if corporate earnings, as the economy came out of deep recession. But all these things are cyclical. At the lows, earnings were depressed, and prices were depressed even more, so the price/earnings ratio for the S&P 500 was about 10. That's about as low as it gets. There have been times when it as lower, but that's about where it was at the worst in the Great Depression. At the highs in late April, the price/earnings ratio had risen to about 15. That's about as high as it gets. Sure, it got higher in the crazy years in the late 1990s. And there have been other exceptions. But that's about where it was at the highs in October 2007. So what we've seen was simply running from the low bound of the p/e ratio to the high bound; a classic cycle.

Price to earnings ratios of 15 are not really that high if one expects earnings growth to continue. Our chart shows US corporate profits for each quarter from 2001 to 2009. Does Donald Luskin really think that corporate profits cannot continue to grow?
Posted by ProGrowthLiberal at 3:21 PM

Luskin is one of the seriously dumb bunnies out there, almost up there with Mulligan and his unemployment went up in the Great Recession because people got lazy all of a sudden.

By "Mulligan" would that be 'Casey' Mulligan?

Is Luskin shorting or just snorting?