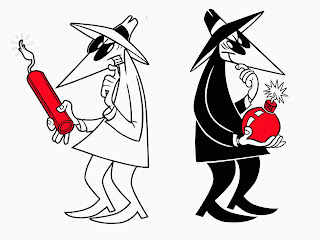 "It may be reading too much into recent experience, but one could also argue that under certain constraints the lump of labour fallacy is no fallacy at all." -- R.A., The Economist Free Exchange blog

So much for the lump of labor, then, but how about the fallacy of the null-hypothesis significance test? Although not quite as alliterative and comical as the lump of labor, the latter fallacy has the merit of referring to something economists actually do -- and frequently do wrong, as Stephen Ziliak and Deirdre McCloskey argued in their book, The Cult of Statistical Significance.

I want to call attention to a rare direct encounter between the fallacy of the lump of labor and the fallacy of the null-hypothesis significance test that was highlighted in an Associated Press story,"Will Surge of Older Workers Take Jobs From Young?"  at the beginning of the year. The AP story revolved around a research report from the Boston College Center for Retirement Research, "Will delayed retirement by the baby boomers lead to higher unemployment among younger workers?"

After trotting out the ersatz theory of the lump of labor as a red herring and/or stalking horse, the authors of the report, Alicia Munnell and April Wu, conducted a regression analysis to find out if there was any "crowding out" of youth by increased employment of older people. To make a long story short, Munnell and Wu didn't find any crowding out.

To be more precise, however, what they actually "found" was no statistically significant association between older workers' employment and young people's unemployment. Surprising as it may sound, the two finding are not identical. In this particular case, there may be grounds to suspect that the statistical result yields no credible information about whether or not there is an effect.

Explaining why gets a bit technical, so bear with me. Munnell and Wu point out, in a footnote, that their model has excluded the state unemployment rate "when outcome variables are age-specific unemployment/employment rates by state, due a to a high degree of collinearity." Superficially, that sounds like a reasonable thing to do because otherwise the said high degree of collinearity would confound the results of the analysis. But is it? You can take the collinearity out of the model but you can't take it out of the sample you are studying.

Here's what Kevin Arceneaux and Gregory A. Huber wrote about multicollinearity in 2007 (emphasis added):


First, where MC exists, it is a basic characteristic of a sample. No amount of statistical machinations, however clever or sophisticated, will allow a researcher to identify the independent effects of regressors that are obfuscated by MC. A simple way to diagnose MC is to calculate the pairwise correlations between potentially collinear independent variables or to calculate Variance Inflation Factor scores (Gujarati 1992). If MC obscures the independent effects of certain variables, a joint significance test will nonetheless allow the researcher to test whether the variables are statistically significant as a group.

Second, omitting variables from a regression model in an effort to eliminate MC is a cure certainly worse than the disease. This method requires strong assumptions about values of parameters and potentially introduces bias into the remaining model coefficients. At the very least, researchers who drop variables in this way are making the assumption that an omitted variable, X, has no effect on Y, rather than demonstrating so.

Third, especially in small samples, where even moderate MC can make finding statistically significant coefficients for individual covariates with a real effect on Y less likely, the lack of statistical significance of a coefficient estimate should not be taken as grounds for concluding that the variable has no effect. In small samples, MC can reduce statistical power dramatically, obscuring effects where they exist and leading researchers to make inferential errors if they decide to drop a seemingly extraneous variable.

To sum up: collinearity is a characteristic of the sample, omitting variables is a cure worse than the disease and lack of statistical significance should not be taken as evidence of no effect. At the very least, then, one would expect Munnell and Wu to cushion their reported results with academic qualifications and cautions. But no.

Let's take a look at how an earlier economist, using prose instead of regression analysis dealt with the same issue that Munnell and Wu study. Harold L. Sheppard,"The Issue of Mandatory Retirement," (1978)


In times of prosperity and worker scarcity, however, discrimination against older workers can still prevail, all of which suggests that the phenomenon cannot be strictly understood within narrow economic variables. But regardless of the economic environment, much of our thinking regarding mandatory retirement and its relationship to job opportunities may, in the opinion of some economists, reflect the time-honored and -worn doctrine of other economists of a fixed lump-of-labor theory, that regardless of economic policies, there are only so many jobs to be passed around, and that the only remaining issue is how to ration them among would-be workers of varying socioeconomic categories.

The other economic doctrine somewhat in contrast to the fixed-lump-of-labor one is that an increase in employment (or in this case, the retention of a given group of workers), through a variety of policies, produces sufficient purchasing power to stimulate the further hiring by employers of all, or many, of the remaining cohort of would-be workers. According to this purchasing power doctrine, then, it is possible to remove so many "older" workers from the labor force that total purchasing power declines, support costs go up, and the resources for hiring other cohorts thereby are diminished -- and few, if any, win. However, there has been no systematic and reliable testing of either of these doctrines.

Note that other economic doctrine! Might this be a case of fallacy vs, fallacy vs. fallacy?
Posted by Sandwichman at 9:14 PM