What, you think our country is so innocent?


O'Reilly: But he's a killer though. Putin's a killer."


Have they found him [Putin] guilty? I don't think they've found him guilty. If he did it, fine but I don't know that he did it.

You know, people are saying they think it was him, it might have been him, it could have been him. But in all fairness to Putin - and I'm not saying this because he says 'Trump is brilliant and leading everybody' - the fact is that he hasn't been convicted of anything. Some people say he absolutely didn't do it.

First of all, he says he didn't do it. Many people say it wasn't him. So who knows who did it?" 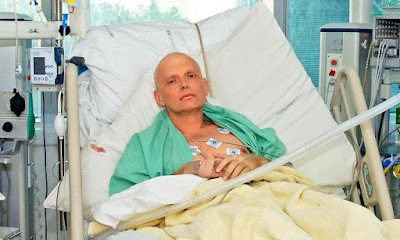 Posted by Sandwichman at 9:41 PM

The point is: everything is about him.

SO what if The Donald in his endless word-salad happens to say some half-or-quarter truths? Do you prefer smooth-talking denials? Besides which you're Canadian, so you're safely in the intelligent and assiduous hands of "pretty boy" Trudeau.

But here's another Canadian POV:

Do you really think that it's astute to be re-enforcing Dembot memes, simply on account of personal revulsion? Trump as lifted the lid off of what has been gathering for a long time. It kinda makes the critique of ideology easier/more obvious, no?

Do you really think I am reinforcing Dembot memes, John, or are you just saying that?

Trump hasn't lifted the lid off anything. The Dembots will denounce him for besmirching the good name of Holy America and the GOPbots will maintain a discrete silence for a few days until they start howling about the Bowling Green Massacre again...

Which reminds me... notice how in all the tantrum by Trump minions about terror attacks not being covered by the media ('for reasons of their own, wink, wink, nudge, nudge') no mention of WHITE SUPREMACIST TERROR in Charleston and Quebec City? So much for Trump's glasnost about American killers.

But, trust me on this, the Republican senate will not be initiating a Church committee hearing on the absence of American innocence. Not in your lifetime nor in mine. American hypocrisy on American state-sponsored violence was not budged by Trump's implied confession.

Also note that when O'Reilly said "Putin is a killer," Trump DID NOT REPLY, "We've got a lot of killers. What, you think our country is so innocent? Our police kill African-Americans all the time."

Umm... you're aware of such like Grice's rules of conversational implicature, no? So context and relevance matter, no? The "Putin's a killer" meme is in the context of the notion that Putin hacked our election, which is ridiculous in the first place and is obviously an effort of the Dembot nomenklatura to throw shade on the election and thus evade accountability for their own abject failure, thereby retaining their power in the party apparatus against all challenges, (the "iron law of institutional elites"). Whereas on the other hand, the context is foreign policy and the efforts of those same elites to pursue a new Cold War with Russia. So when Trump (sic!) says we have killers of our own, (hint Clinton and Obama et alia), it's just a standard political gaffe, i.e. accidentally telling the truth.

And this has nothing to do with more-or-less random mass killings by crazed gunmen, foreign or domestic, nor police shootings, "justified" or not.

As to Litvinenko, he basically fled to the U.K., was in the pay of British intelligence services and made outlandish "conspiracy theory" type charges against Putin et alia (whether true or not,- who's to say?),- and obviously was murdered by the Russian security apparatus, since they obviously would have regarded him as a traitor. That didn't require Putin's specific order, (as if he were all-powerful and nothing could happen without his "authority", when he's actually proven to be an adept tactical operator within the Russian system, deriving his "authority" from his ability to balance factions within and without). SO making him the poster child for whatever hysterical point you might be intending is off the mark.

Yes, I have Grice's rules right here on my bookshelf, between Robert's rules of order and Hoyle's rules of card games...

It is not Dump's plan to clean house of the neo-cons with buckets of blood on their hands.

Of course I know who Eliot Abrams was/is. DO you think I was born yesterday? What's more after co-founding PNAC, he returned to gov. as Bush's special assistant on the NSC. Point: there's much more continuity than difference in the new administration, preposterous as Trump is, and pushing the Putin-blaming meme doesn't help to clarify the situation.

The Putin-blaming theme is so last week. This week it is something different. You asked me in your first comment "What's your point?" I replied, "The point is: everything is about him." Let me spell that out:

Sprinkled in amongst the word salad are the incessant "me" "me" "look at me" "I'm smart" "I'm a winner." You can ignore the rest of what he says. Trust me, he does. My point was not about Putin-the-killer. It was about the shallow tediousness of the narcissist bully.

And I am not saying that HRC is not also a narcissistic bully. The constitution of the national security state stipulates that as a required qualification for office.