How to Explain Red Herrings to a Bloomberg Columnist 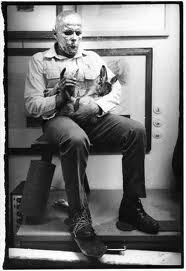 "Tom - thanks for the long note. I've having trouble sorting through your argument on the fallacy on the fallacy. Can you send me what you wrote so I can read?"

I'm attaching a copy of my 2007 Review of Social Economy article, "Why Economists Dislike a Lump of Labor," the text of my 2000 article "The 'lump of labor' case against work-sharing: populist fallacy or marginalist throwback?" and a more recent piece I wrote for the new economics foundation in the U.K. that contains some of my more recent research and seeks to set out the argument step by step. At it's core, my argument is simply that the "fixed amount of work" is a figment of the imagination of the economists who invoke the fallacy, not a belief of those who are accused of committing it. There is no evidence for the latter nor is there any "logical necessity" that establishes it.

"I found it very hard to follow your email. So a fixed amount of work IS a fallacy but the economists who tout it believe the amount is fixed? Is that what you are saying?"

A fixed amount of work WOULD BE a fallacy if someone actually believed it. The economists who tout the fallacy claim make a false accusation that advocates of shorter work time, etc. believe in a fixed amount of work. The accusation is a red herring and is the source of all the confusion that follows. It is a "when did you stop beating your wife?" type of rhetorical construction that covertly presents a spurious allegation as an undisputed 'truth' and then shields that primary allegation behind a secondary screen: "that belief is a fallacy," "you have (or haven't) stopped beating your wife."


6:57 AM: "I think I get it now. People do believe it b/c their arguments about shipping jobs overseas, automation, etc. Suggest that they do. Obama's comment on ATM machines. The labor unions believe it. So I guess I don't agree w/ you that no one believes it. Obama's "made in America" is another example."

(to 6:57 AM) You got it, Tinkerbell. If YOU believe strongly enough that other people believe something, that makes it true! Clap louder!

(to 6:56 AM) Yes, dear, it is hard to follow explanations that don't confirm your biases. No need to bother "looking at" my work later this week. There's nothing in there that confirms what you already think you know and are determined to keep believing no matter what.

(Caroline Baum bills herself as "a Bloomberg View columnist, writing about the macro-economy and the intersection beween [sic] politics and economics. My specialty is exposing economic nonsense.")
Posted by Sandwichman at 11:36 AM

I had a problem reading that post as well, I never got a clear explanation of what the fallacy is, your explanation starts en media res so to speak, with the assumption that everyone already knows what is going on.

Can you perhaps diagram everything out or something similar?

What is the Lump of Labor fallacy, exactly?

What makes it a fallacy, exactly, in as clear a manner as you can write?

What are some examples in text of this fallacy in action?

I got almost none of any of those three questions from either post. You're skipping steps and making assumptions on knowledge that people just don't have and that's what it seems like Baum is having a problem with - she has no idea what you're talking about because you started in the middle.

I am "skipping steps" because: 1. I am replying to arguments that presume to have covered those steps and 2. I have gone over those steps ad nauseum in the past and cite sources where I have done so.

Here is a step-by-step explanation that answers your questions in some detail.

In short, "the lump of labor fallacy" is an unsubstantiated claim made by economists, columnists or whomever that advocates of shorter working time, early retirement, etc. assume that there is a fixed amount of work to be done.

In some more perfect universe, unsubstantiated claims would perish of their own weightlessness. But in this one, a lie travels halfway around the world before the truth puts on its shoes. The false claim has become an economic truism.

Roger
Start with the fact that at one time there were labor activits who had begun to suggest that all should wrok a bit less so that more can work. Others, employers, pundits of the day, "expert" economists, etc. rather than attack the notion of less work, which for most workers is a very attractive concept, decided instead to focus on one conceivable basis for the less work so more can work idea. They stated and reiterated that supporters of less work suffered the mistaken belief that there is a fixed amount (a lump) of labor which would best be spread amongst more workers. No advocate of less work had actually suggested sucha a lump of labor explanation. So what was being described as a labor fallacy was not actually a part of the argument. Therefore, a fallacy was being perpetrated by those claiming to uncover a fallacious thought process amongst work less advocates.

"No advocate of less work had actually suggested such a a lump of labor explanation."

So it's a Lump of Labor Fallacy Fallacy. GOT IT! That's unclear throughout these posts. I thought that that's what I was reading, but could never be sure. L.o.L. as referenced here and elsewhere as linked (thanks Sandwichman! They make sense now) seems to be used to point to both the original 'claim' of fallacy and the fact of the claim's fallacious nature interchangeably.

It's like the word Level in D&D... Character level, dungeon level, spell level. Can be confusing unless you're already familiar with the context.

Exactly. It's a house of mirrors with nothing there BUT the reflections...

Madam Baum gives the Henry Hazlitt Memorial Lecture at the Austrian Scholars Conference, held at the Mises Institute, Auburn, Alabama, March 11-13, 2010. Click on the lump of labor link to go directly to minute 20:39 where she discusses one of her "favorite pieces of nonsense."

Ms Baum is a phenomenon of the media age. She has no formal training in the complex and, some think, arcane profession of economics. Yet she gives lectures and she writes "scholarly articles" on the subject matter. What is she trained to do? "Baum has a B.A. in political science from Tufts University and an M.A. in cinema studies from New York University." Bloomberg's brief bio. M.A. in cinema studies from NYU??? Possibly she specialized in works of fiction and fancy. She is a propagandist!! Is it not clear enough? She is paid to produce slickly written, not well written, screed on topics she should better leave to others who were trained in economics.

But Jack, I have a list of nearly 100 trained economists. PhDs. Harvard, Princeton, MIT, London School of Economics who trot out the same propaganda line. One might at least say in forgiveness of Ms. Baum that she knows not what she is doing. What of the academic economists who recite it in their textbooks? And what of the rest who stand idly by while their colleagues promulgate tripe?

"One might at least say in forgiveness of Ms. Baum that she knows not what she is doing. What of the academic economists who recite it in their textbooks? And what of the rest who stand idly by while their colleagues promulgate tripe?"

And right you are to point out that the professional propagandist takes their cue from others who are chosen for recognition not for the validity of what they have to say, but because of the ideological content of their ideas. Not a quid pro quo, but a filtration system that hodls in the flotsom and jetsom of ideation, the accepted truth so to speak. Analyse the funding mechanisms and Bds of Governance for the most prestigious universities and you'll find a cabal of the power elite in each society within which those schools exist. Now, in addition, we have the privatly funded stink tank for those "scholars" that can't even reach the level of tody within academia. It is certainly correct that the media is the message.

Oh, almost forgot. I can't agree that people like Ms Baum do not know what they are up to. She knows where those pay checks come from. She knows she has struck a high yield vein of deceit. That she apparently makes no effort to examine alternative ideas is indicative of her genre. She is only one small step above Fox News, and only in that she can sound more authoritative and scholarly. Roger Ailes hasn't learned the effectiveness of subtlety.

"I can't agree that people like Ms. Baum do not know what they are up to."

You got me on one of my "rhetorical courtesy" moves. Baum is an unprincipled hack and hacks know exactly what they are up to even if they "believe" in the propaganda they are spreading. There's the cherry picking of "evidence", the deployment of value-loaded terms, the sly parsing of phrases to make patently false insinuations plausibly deniable...

What I sort of meant, though, was that the anointed "scholarly" purveyors of this dreck belong in a lower circle of Hell even than the hacks.

I'm not so certain that the academic fraud is any more, or less, egregious than is the paid media hack. They're both paid for the support they provide in maintaining a corrupt idea. The "scholars" take the role of initiating BS ideas as in the case of Arthur Laffer. The media hack carries the tale and provides the bone fides for the scholar. It's a lovely incestuous relationship wherein all involved are impressed by the sound judgement and reasoning of the others. They must be right. They all get paid very well for their ideas.