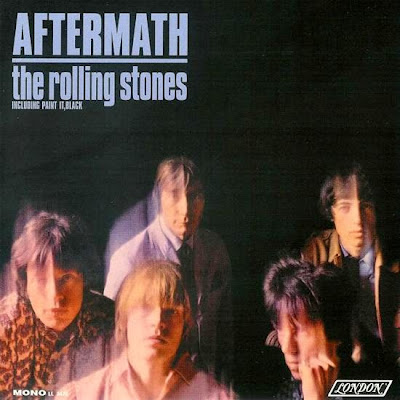 "These and many other mathematical statements don't remotely correspond to observable reality, nor do they have any evidence in support of them." -- Noah Smith,  How 'Mathiness' Made Me Jaded About Economics

Will anything change in the wake of the big mathiness dustup of 2015? Of course not. This is, after all, only a "technical discussion on cavalry tactics at the Battle of Austerlitz" not a searching inquiry into the identity and fundamental commitments of the economics political economy.

In his 1872 review of Thomas Brassey's Work and Wages, Frederic Harrison denounced political economy as a "magazine of untruth," specifying, "Political economy professes to be a science based on observation. But the bitter pedantry which often usurps that name usually assumes its facts, after it has rounded off dogmas to suit its clients."

Today's growth economics assumes the same facts and rounds off the same dogmas as did its magazine-of-untruth counterpart 143 years ago. Up until the 1870s, that dogma was called the wages-fund doctrine. Since the 1950s, it has borne the alias of economic growth. Same difference. The affiliated "fact" is that all blessings flow from the expansion of trade, therefore any impediment to that expansion is anathema.

The rest is rounding off.

The question is "why?" Why does economics persist in this manner?

Answer that question and you have an action agenda for the future.

My answer at this particular stage of my thinking: Romer, in his "I'm too busy" rejoinder (to Lars Syll, I think) mentioned that he was an undergraduate physics major. This is a symptom of the problem but a symptom erroneously attributed to the "physics envy" critique.

The proper diagnosis is this. Economics PhDs understand the word "science" to by synonymous with the word "physics". This is reinforced by the fact that entry to either discipline is strictly limited to math savants.

But Newton is useless to the empirical understanding of living things. Mechanical theories about living things include phrenology, astrology and academic (ortho and most hetero) economics.

Darwin must be the hero, and evolution must be the science. Models as a necessary substitute for immoral or impossible experiments? This idea is just plain stupid when one reflects on Darwin's utter lack of experimentation.

"The question is 'why?' Why does economics persist in this manner?"

I'm afraid my answer to your question doesn't offer much of an action agenda for the future -- socially reinforced learned incapacity. It is hard enough to break habits of mind but it is made more difficult when there are tangible rewards for not breaking those habits.

"But Newton is useless to the empirical understanding of living things."

Consider what Kuznets said about the measurement of economic growth in 1947:

"Growth is a concept whose proper domicile is the study of organic units, and the use of the concept in economics is an example of that prevalent employment of analogy the danger of which have been so eloquently stressed recently by Sidney Hook. Nevertheless it might be useful to see how the concept is defined in the field of its original habitat as a clue to what it may mean in application to human societies.

How much sense does it make to use mechanical analogies to study a concept-analogy whose "proper domicile" is biology? Does one need a philosophy PhD to notice the incongruity?

Reading up just now on the above referenced Sidney Hook--Dewey following pragmatic philosopher--and also an introduction to Veblen's "Why Econ Is not An Evolutionary Science" by Jean Boulton--pointing out that Veblen was influenced by pragmatic philosophers Charles Pierce and William James--leads, once again, that Marx really screwed up everything.

In this case, he led to the demise of Dewey as "Dewey's Bulldog" Hook became increasingly identified as an anti-communist and eventually wound up at the Hoover Institution. Simultaneously, pragmatic philosophy, once totally dominant on the American scene, vanished so completely that the name John Dewey is almost totally unknown.

More to the point of the original post, Marx really got us good when he ensured that the major critique of Classical/Neoclassical economics would do the impossible: be even more mechanical/Newtonian than the system it critiqued, despite the fact that the worst flaw of that system was it's analogy to mechanics.

I am inclined to let Marx off the Hook on that allegation.

But at the end of Veblen's "Why Econ Is Not..." he sees a superior science of economics, a study of the evolution of the processes by which man engages with his material environment, as just around the corner. It had already triumphed in many social sciences when he wrote in 1898.

If you think growth theory is a mess, over in poli sci they preserve the ideological model of politics by means of such obvious epicycles as the "symbolic conservative who is operationally liberal."

An immaculate post hoc ergo propter hoc conception, Thornton. The counter-revolution can do quite nicely, thank you very much, without any actual stinking revolutionaries to counter.

Post hoc? Ok, but Veblen wasn't crazy imagining an evolutionary science of economics to be around the corner, was he? It does seem to be the case that fields like history, anthropology and sociology have all come to grips with the fact that there are no laws of human behavior and that understanding it means understanding a moving target.

So why is economics still an outlier? If not the ruinous role of Marx, then what? Perhaps it's not an interesting question. But there does seem to be a fair amount of Marxism running through the thinking of many heterodox economists. And that is a recipe for proposed cures that are no better than the disease.

"So why is economics still an outlier? If not the ruinous role of Marx, then what?"

Is that a lead in your question or are you just glad to see me?