Denial, Then and Now: "Is the End of the World at Hand?" "Is the Economic System Self-Adjusting?"

"I would like to say why I think that the Doomsday Models are bad science and therefore bad guides to public policy," -- Robert M. Solow, 1973

1973 was 42 years ago and 42 just happens to be the answer "to Life, the Universe and Everything," according to Deep Thought in Douglas Adams's Hitchhiker's Guide to the Galaxy. When challenged, the computer replied that he had "checked it very thoroughly and that quite definitely is the answer. I think the problem, to be quite honest with you, is that you’ve never actually known what the question is."

John Peet used that Deep Thought dialogue to frame his contribution to a 1997 forum, "Georgescu-Roegen versus Solow/Stiglitz." In his 1973 article, "Is the End of the World at Hand?" Solow framed his response to what he called the Doomsday Models with two questions, "You can ask: Is growth desirable? Or you can ask: Is growth possible?" "But..." as the title to Peet's commentary asked, "what is the real question?"

How about just plain old "What is growth?"? In his 1975 article, "Energy and Economic Myths," Georgescu-Roegen recalled that:


One confusion against which Joseph Schumpeter insistently admonished economists, is that between growth and development. There is growth when only the production per capita of current types of commodities increases, which naturally implies a growing depletion of equally accessible resources.

That is to say, if we are talking about growth, strictly speaking, then the depletion of resources is inherent in the process by definition. Solow's exposition of why he thought  The Limits to Growth was bad science relied on blurring the distinction between qualitative development and quantitative growth and counting the former as an instance of the latter. This sort of legerdemain is, of course, standard in so-called growth economics.

Momentarily I will exhume and dissect the entrails of Solow's 1973 rebuttal to Limits but first a word from Geoff Tily, senior economist with the Trade Union Congress in the U.K. In a review of Diane Coyle's GDP: A Brief but Affectionate History, Tily argued that


...the development of national income accounting was as a means to an end, not as an end in its own right. The accounts were developed to support policy: to resolve the unemployment crisis of the Great Depression and to aid the deployment of national resources to their fullest possible extent for the conduct of the Second World War. The value of GDP, or rather at that stage ‘national income’, was of only slight interest.

Moreover, it is, I think, fundamental to recognise that these theoretical and practical initiatives were aimed at the level of activity – at the increased and then full employment of resources and the full extent of national production – rather than the growth of activity. At this stage there was no notion on the part of policymakers that the level of activity might be encouraged to grow in any systematic or uniform way from year to year; the intention was achieving one-off level shifts.

In summary, full employment and the effective deployment of national resources were the ends sought and national income accounting was seen as a means to those ends. "Growth" of national income had nothing to do with it. Eventually, growth became the goal -- even to the extent that full employment has come to be viewed as a dispensable side effect of growth that needs to be constrained to avoid accelerating inflation.

This targeting and exaltation of GDP growth was not something that Keynes had proposed. Pointing out that growth wasn't a "regular economic concept" before the war, Roy Harrod, one of the pioneers of growth theory, didn't "see how Keynes can have been expected to have systematic idea on growth; his systematic ideas related to full employment." (quoted by Tily)

So what is growth? Is it a means to the end of full employment? Is it a bait-and-switch surrogate policy objective in its own right? Is it a quantitative measurement of unmeasurable qualitative change? Those are not the questions Solow addressed in "Is the End of the World at Hand?"

Lord Keynes took a different view in the BBC radio address in which he asked (and answered) the question, "Is the Economic System Self-Adjusting?" Keynes's answer, in a word, was "No." Of course Keynes was talking about employment, not the consumption of natural resources.

But wait... so was Solow! The core of Solow's argument was an analogy between labor productivity and natural resource productivity:


It is a commonplace that if you calculate the annual output of any production process. large or small, and divide it by the annual employment of labor, you get a ratio that is called the productivity of labor. ...

Symmetrically, though the usage is less common, one could just as well calculate the GNP per unit of some particular natural resource and call that the productivity of coal, or GNP per pound of vanadium. ...

After a brief discussion of productivity gains for various minerals -- or non-gains, "GNP per barrel of oil was about the same in 1970 as in 1951" -- Solow concluded:


So there is no really no reason why we should not think of the productivity of natural resources as increasing more or less exponentially over time.

But then the overshoot and collapse are no longer the inevitable trajectory of the world system, and the typical assumption-conclusion of the Doomsday Model falls by the wayside.

But Solow was not the first to compare the productivity of labor to the productivity of coal. Stanley Jevons did it a century earlier: "It is wholly a confusion of ideas," wrote Jevons in The Coal Question, "to suppose that the economical use of fuel is equivalent to a diminished consumption. The very contrary is the truth." He went on to explain:

As a rule, new modes of economy will lead to an increase of consumption according to a principle recognised in many parallel instances. The economy of labour effected by the introduction of new machinery throws labourers out of employment for the moment. But such is the increased demand for the cheapened products, that eventually the sphere of employment is greatly widened. Often the very labourers whose labour is saved find their more efficient labour more demanded than before. 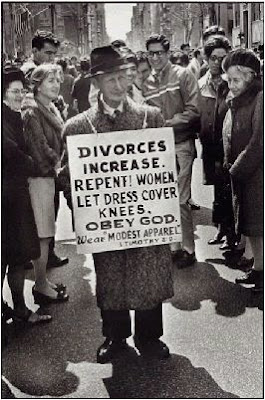 Unpacking the tension between Solow, Keynes and Jevons, it would be safe to say that those "built-in mechanisms" don't always give exactly the results that would please us the most. There are feedback loops and then there are loops feeding back the feedback. The productivity of coal is connected to the productivity of labor in a way complementary to the way that full employment of labor is connected to the consumption of coal (or other natural resources). Either the built-in mechanism won't save us or, alternatively, there is no built-in mechanism. Select one from that menu.

To reprise Deep Thought's deep thought: "I think the problem, to be quite honest with you, is that you’ve never actually known what the question is."
Posted by Sandwichman at 5:45 PM