Napoleon Solow and the Phantom Mechanism

I would like to say why I think that the Doomsday Models are bad science and therefore bad guides to public policy. ... The basic assumption is that stocks of things like the world’s natural resources and the waste-disposal capacity of the environment are finite, that the world economy tends to consume the stock at an increasing rate (through the mining of minerals and the production of goods), and that there are no built-in mechanisms by which approaching exhaustion tends to turn off consumption gradually and in advance. You hardly need a giant computer to tell you that a system with those behavior rules is going to bounce off its ceiling and collapse to a low level. -- Robert M. Solow, 1973

Sandwichman is agnostic on the built-in mechanism fable. 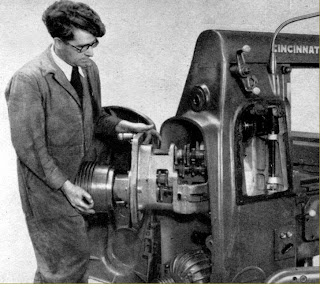 On the one hand, Solow's "built-in mechanism" is a metaphor -- a depiction -- and of course there is no "mechanism" strictly speaking, just as God is not an old man with a long, white beard. There are instead more or less spontaneous reflexes of economic actors that in the aggregate have observable effects. Such reflexes, however, are multitude. The probability of all these reflexes co-ordinating themselves spontaneously and independently -- without help from a Maxwellian demon, Walrasian auctioneer or Invisible Hand -- to produce a conjectured effect far in the future is infinitesimal.

Aside from the multiplicity of so-called mechanisms, there is the slight inconvenience that a homeostatic regulator itself consumes energy to do its work (also known as 'transaction costs'). The more vast and complex the organism being regulated, the more energy the regulator will need to consume. When what is being regulated is the consumption of energy, a contradiction emerges: progressively more energy needs to be consumed to reduce the consumption of energy. There is thus a ceiling on vastness and complexity and a floor on reducing consumption.

It is not the finiteness of resource stocks, but the fragility of self organized natural cycles that we have to fear. Unfortunately, the services provided by these cycles are part of the global commons. They are priceless, yet ‘free’. Markets play no role in the allocation of these resources. There is no built-in mechanism to ensure that supply will grow to meet demand. Indeed, there is every chance that the supply of environmental services will dwindle in the coming decades as the demand, generated by population growth and economic growth, grows exponentially. -- Robert U. Ayres, 1998

Ayres highlighted another fly in the built-in mechanism ointment. To be fair, Solow did acknowledge the externality flaw in the price system. Fixing the flaw, he assured, would be simple and virtually painless:


The flaw can be corrected, either by the simple expedient of regulating the discharge of wastes to the environment by direct control or by the slightly more complicated device of charging special prices — user taxes — to those who dispose of wastes in air or water.

What stands between us and a decent environment is not the curse of industrialization, not an unbearable burden of cost, but just the need to organize ourselves consciously to do some simple and knowable things.


Finally, even if there was a built-in self-stabilizing market mechanism, it's interaction with natural systems may not lead to the gradual, advance adjustment that Solow conjectured:

Posted by Sandwichman at 2:08 PM

Imagining that there is a self-regulating system that requires no effort on your part would seemingly lead to inaction - the very action that would normally be self-regulating. Its a bit like this old joke: http://www.michaelclark.name/jokes/religion/farmer_in_a_flood.shtml

Or: "nobody goes to that restaurant any more -- it's too crowded."

Yes, the cognitive dissonance is sublime.