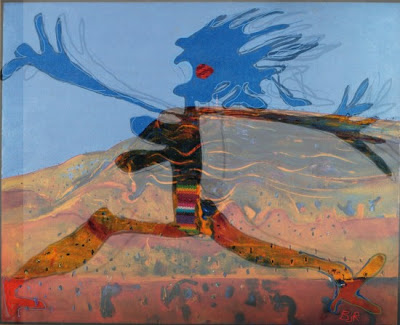 World media have focused a lot of attention on the enormity of the tragedy but have failed to mention that all levels of government in Australia have imposed the widescale spread of industrial tree plantations in the very areas most affected by these fires. The fires in Victoria actually began in a pine and eucalyptus monocultures near the township of Churchill.

Tasmania, however, is the state with the highest concentration of these massive fire liabilities. The issue of fire risk has been highlighted in Federal Senate inquiries and many other forums for well over a decade. Without success.

I am personally affected by this neoliberal industry and the related culpability of our so-called regulatory authorities. See 'Twelve years of pain'

There will be no resolution to, nor prevention of these tragedies until Australian governance is fixed at all levels.
Posted by Myrtle Blackwood at 7:32 PM

KRudd has already identified the problem: arsonists. My respect for his advisors' judgement would increase if they poinjted out that he has dogs who bark and are well paid for that.
He was so quick to do so that the sKepticK might assume that he, too, harbours a suspicion that inability to remove fuel for fires might have had something to do with the dreadful catastrophe that will recur until someone in governance takes responsibility and clears the fuel. But there will be an attempt to poo-poo such talk "so as not to prejudge the Royal Commission report"
Meanwhile the fires are still burning and fuel is piling up all over plantations and forests.

Building codes should address the relationship to environmental hazards both man made and natural, function before form in regards to life.

I have never seen anything like the insanity of the "Greenies" of Australian City Councils putting trees up and above the safety of the public. You would think they are protecting the Brazilian Rain Forest for god sake and more times then not, its just a grove of scrub bush and gum trees. It's just insane and needs to be changed.

One subdivision I saw when I was looking for a lot to build on typifies the insanity. The subdivision was in the Gold Coast hinterland and the lots were 1.5 acre lots in heavy bush. The streets were neatly carved through the subdivision and some homes had already been built so you could see exactly what the potential problems would be if you built there. From the street a driveway was cut entering the lot, slightly wider then a car and it ran back into the lot to the Council Designated building site for that particular lot. I don't recall the exact square meterage they allowed you to clear for building, but I can assure you it wasn't much beyond the exact building site. Most of the lots were so covered in bush you had to enter the lot to see the building site because you could not see through the thick bush from the street. The overgrown bush consisted of weed, bush scrub and tall skinny Eycalyptus trees that shadowed the building site so heavily that the house would only get sun mid-day. Additionally there was no City water so everyone had to be on tank water. I make that point because of the potential of no City water supply to fight fires in the area.

We did not buy in the area as the danger of bush fire someday will wipe out that community without a doubt! Those people who built in thay subdivision will have absolutely no chance what so ever of saving their homes or lives if they are trapped in the subdivision. Its just insane!

You fail to mention one big problem with the forests and that is the prevention, thanks to greenie and nimby pressures, of regular burn offs which reduce the fuel loads in the forests. This was the recommendation of the Royal Commission following the 1939 fires that burnt out a much greater area. This has much more to do with the problem than mono-cultural forests.

Think you got your comment on the wrong thread. As it is, this situation in Australia is pretty grim.

Whilst acknowledging the sheer stupidity of the existence of housing estates with gum trees interspersed so close to dwellings it is important to note that tree plantations are linked to every fire that broke out in Victoria on 7th February 2009, except for the Bunyip state forest (which is subject to heavy use by recreational 4 wheel drivers etc;and some of these users were there on the day the fires began.)

The Kilmore East [where a power line fell into grass and quickly spread to a nearby pine plantation] and Churchill [tree plantation] fires were the early ones and they leapt to many districts eventually creating a 100 kilometre fire front that was about 5 kilometres wide. In both places the fires erupted into huge explosions from the vapours of the Eucalypts and pines in these industrial estates.

November 2005: Recent logging of pine plantations by Midway in the Dry Creek catchment about 4km south east of Kilmore East. Most of these plantations are being replanted with bluegums.
http://www.baddevelopers.green.net.au/Docs/Midway3Wandong.htm

Midway Bluegum plantation near the township of Wandong http://www.baddevelopers.green.net.au/Docs/Midway3Wandong.htm

The towns of Wandong and Heathcote Junction on fire, as seen from about 20,000 feet on Saturday afternoon. Photo: Steve Jamieson
http://www.theage.com.au/news/photogallery/national/reader-pictures/2009/02/07/1233423551136.html

Fire at Churchill, which apparently is where the Gippsland fires started.The photos were taken at the main roundabout in town, corner of Monash Highway and Switchback Road. Photo: Robert Martin
http://www.theage.com.au/news/photogallery/national/reader-pictures/2009/02/07/1233423551136.html

+
On 7th February at 4:18pm it was reported that “Another fire is burning a kilometre south of Churchill in the Latrobe Valley and is throwing embers and spotfires toward Hazelwood South, Jeeralang, Jeeralang North and Balook. Concerns are also held for Traralgon South.The CFA has told residents of numerous towns that could be threatened by bushfires to immediately enact their bushfire survival plans….”
Townships under ember attack as fires rage
ABC - February 7, 2009, 4:18 pm
http://au.news.yahoo.com/a/-/mp/5306005/townships-ember-attack-fires-rage/

Fire at Churchill. Photo: Robert Martin
http://www.theage.com.au/news/photogallery/national/reader-pictures/2009/02/07/1233423551136.html
+
“The Glendonald Road fire, burning 1 kilometres South East of Churchill, near Pine Plantation is burning in a South Easterly The communities of Hazelwood South and Jerralang and Jerralang North, Jerralang Junction may be directly impacted upon by this fire.”

What, it should be asked, is local government insisting upon in areas under its jurisdiction where there are vast areas of tree plantations especially those upwind of settlements?

After the Canberra Megafire in 2002 (that burnt out many houses in the suburbs)the later inquiry, reported that to have any hope of ‘managing’ such a fire, fuel build up would need to be as low as 4-5 tonnes per hectare or less.
This fuel loading according to my sources is reached in plantations by 3-7 years after planting.
What is being done to keep the fuel loads at these low levels? Nothing, actually.