The Kyoto Protocol. Oh No! 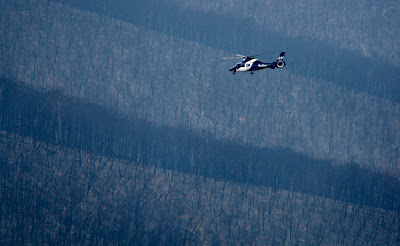 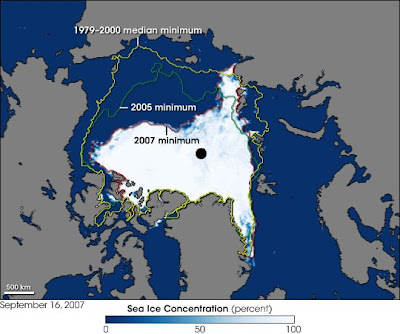 "Under Kyoto, emissions are allocated to the country where they are produced. By these rules, the UK can claim to have reduced emissions by about 18% since 1990 - more than sufficient to meet its Kyoto target. But research published last year by the Stockholm Environment Institute (SEI) suggests that, once imports, exports and international transport are accounted for, the real change for the UK has been a rise in emissions of more than 20%...." [1]

"VICTORIA'S bushfires have released a massive amount of carbon dioxide into the atmosphere - almost equal to Australia's industrial emission for an entire year. Mark Adams, from the University of Sydney, said the emissions from bushfires were far beyond what could be contained through carbon capture and needed to be addressed in the next international agreement. "Once you are starting to burn millions of hectares of eucalypt forest, then you are putting into the atmosphere very large amounts of carbon," Professor Adams said. In work for the Bushfire Co-operative Research Centre, he estimated the 2003 and 2006-07 bushfires could have put 20-30million tonnes of carbon (70-105 million tonnes of carbon dioxide) into the atmosphere. "That is far, far more than we're ever going to be able to sequester from planting trees or promoting carbon capture," he said..... [2]

Whatever were the chances of success of the Kyoto forum? The Australian (Labor) Government appointed the heads of the Australian National Association of Forest Industries (NAFI) as members of the official Australian delegation to the United Nations Framework Convention on Climate Change (UNFCCC) meeting in Bali in December 2007. [3] Prime Minister, Rudd, placed little value on selecting delegates with an appropriate background of study on climate change dynamics. NAFI CEO, Catherine Murphy was then free to spout her usual ill-informed logic at this critical international forum "Forestry is the only carbon positive industry and plays a significant role in reducing greenhouse gases in the Earth’s atmosphere....” [4]

James Lovelock would have been a much better forestry delegate: ". "Carbon offsetting? I wouldn't dream of it. It's just a joke. To pay money to plant trees, to think you're offsetting the carbon? You're probably making matters worse. You're far better off giving to the charity Cool Earth, which gives the money to the native peoples to not take down their forests." [5]

In these times of rapid and threatening climate change we can still enjoy life...for now...with the lights off.

[5] 'Enjoy life while you can'
* Decca Aitkenhead * The Guardian, * Saturday March 1 2008
http://www.guardian.co.uk/theguardian/2008/mar/01/scienceofclimatechange.climatechange?gusrc=rss&feed=networkfront

Posted by Myrtle Blackwood at 11:43 PM

Yes but the forests eventually regrow. I've seen a bushfire-blackened area grow back to full greenery within 5-6 years.

In short, the carbon release from the Bushfires will be matched by a carbon sinking from the regrowth.

OneSalientOversight, you've missed a few critical points. Not everything grows to full greenery in 5-6 years. Certainly not rainforests nor industrial tree plantations. These tree plantations, promoted as carbon offsets, are actually logged every 12-15 years and converted to woodchip. Most of the biomass is burnt during the harvesting operations.

You also appear to have missed a critical statement from the article:

"That is far, far more than we're ever going to be able to sequester from planting trees or promoting carbon capture..." [Professor Adams]

In the same article referred to above Prof Adams also states:

"Not all of what is in the vegetation goes up, but you also lose much of the carbon in the litter and understorey and also some of the soil carbon..."

To say the least. Add to that the many other things that burnt in these disastrous plantation fires still raging in Victoria, Australia. The wildlife, the farms, the 2,000 odd houses-contents-associated-buildings/infrastructure, the people (and their knowledge), the food and other crops, powerlines, cars, bitumen on the roads, schools, police stations, shops...."

Why plant a species of tree -purportedly for carbon offset- when that species is known to give off volatile/flammable gases when air temperatures reach 30 degrees C or higher? Then plant these highly flammable things in climates known for their increasing dryness and hotter climate??

In Tasmania the fire laws are ignored by these large absentee tree plantation growers.

See: Prepared for fire … you’ve got to be joking
http://tasmaniantimes.com/index.php?/weblog/article/brenda2/

and
Left to die
http://tasmaniantimes.com/index.php?/weblog/article/neo1/

Whilst the legislation is ignored the public are told by the forest industry that the law is enforced.

I was actually referring specifically to bushfires in subtropical Australia, such as the one which devastated Victoria recently. Those burnt forests were not plantations nor were they rainforest.

The point I was trying to make was that the claim of huge amounts of CO2 produced by the fires may be true, but, considering the fact that Australian subtropical forest grows back quickly after 5-6 years, the carbon released will eventually be sunk back again.

As for carbon offset plantations - have you heard of biochar? Not only would the carbon be permanently sequestered into the soil, but it would also improve the soil's quality and promote regrowth.

I'm sorry, but the notion that environmental regulations can have any meaningful impact on global climate is a joke. King Canute.

OneSalientOversight, Victoria is in the temperate zone of Australia. Not the subtropical. This is why the experience of temperatures around 115 degrees Fahrenheit (46-48 degrees Celcius) is absolutely extraordinary. It is an abrupt change in the climate there, as is the extraordinary dry weather that has gone on now for year after year.
See:
http://bravenewclimate.com/2009/02/10/heatwave-update-and-open-letter-to-the-pm/

The trees will not grow back quickly. The tree monocultures, now burnt, will need to be removed.

Industrial tree plantations were, in fact, a major part of these burnt 'forests' in the fires that began in January and continue to rage.

See images of plantations either burnt or on fire:

Wandong Plantation related fire
The towns of Wandong and Heathcote Junction on fire, as seen from about 20,000 feet on Saturday afternoon. Photo: Steve Jamieson
http://www.theage.com.au/news/photogallery/national/reader-pictures/2009/02/07/1233423551136.html

a good view of the midways plantations in question can be seen here: http://www.baddevelopers.green.net.au/Docs/Midway3Wandong.htm

Broadford is another place affected by the Vic fires.
The plantations in this photo are located in the Slaty Creek catchment. These plantations lie downstream of the Sunday Creek reservoir, Broadford's water supply. Midway plantations.
http://www.baddevelopers.green.net.au/Docs/Midway3Wandong.htm

Kinglake fire in pine plantation next to Hume Highway
http://www.forestnetwork.net/Docs/Fires09.htm

Fire in an industrial plantation at Churchill
Fire at Churchill, which apparently is where the Gippsland fires started.The photos were taken at the main roundabout in town, corner of Monash Highway and Switchback Road. Photo: Robert Martin
http://www.theage.com.au/news/photogallery/national/reader-pictures/2009/02/07/1233423551136.html

Within 30 minutes the Churchill plantation fire had spread to the south-east, threatening Hazelwood South, Traralgon South, Jeeralang, and Budgeree East. By late afternoon the fire was near Yarram and Woodside on the south Gippsland coast.[65] The weather changed about 6.00pm, but the south west winds pushed the fire north east towards Gormandale and Willung South on the Hyland Highway.[65] About 500 people sheltered at a theatre in Traralgon.[65]....By February 9, the Churchill fire was still burning out of control, with fronts through the Latrobe Valley and the Strzelecki Ranges.[68] By late afternoon, the fire had burnt out 32,860 ha (81,199 acres) and killed nineteen people.[69] Wind changes that evening made parts of the fire worse, so the CFA warned people at Won Wron and nearby areas to be ready.[70]...

The Beechworth fire started at 7.00pm on February 7, 3 km (2 mi) south of Beechworth, before being driven south through pine plantations by hot northerly winds.[46]...

the major Canberra fires in 2003 were fed by plantations grown within the suburbs of this city. It was the fires in these plantations that led to the destruction of hundreds of houses and other buildings.

"Fuels build up year after year at an approximate rate of one tonne a hectare a year, up to a maximum of about 30 tonnes a hectare. If the fuels exceed about eight tonnes a hectare, disastrous fires can and will occur. . ." [David Packham OAM is an honorary senior research fellow at Monash University's school of geography and environmental science]. The fuel load in plantations in not subject to adequate management. Yet these monocultures are placed very close to towns, cities and rural communities.

Here in South Africa there has been a steady increase in the incidence of plantation fires
over the past 7 years. Those affected have been mostly of Eucalyptus spp. with Pinus spp.
coming a close second. Last year a total of about 70 000 hectares was burned. After listening to your interview with Linda Sewell I realised that our experiences here in Africa are remarkably similar to what has just taken place in your country, and that the underlying causes of the fires are probably much the same.

To confirm my fears I took a quick tour by Google Earth of the area near Kinglake in southern
Victoria that was affected by fires , and sure enough all the signs appear to be there: non-existent
fire belts; unmanaged scrub; catchments planted to the brim with fast growing, water devouring,
even age tree monocultures. ...

I've heard of biochar....not sure how this relates to plantations?

"I'm sorry, but the notion that environmental regulations can have any meaningful impact on global climate is a joke. [BornAgainDemocrat]

Why? Which period of history are you referring to?

Brenda -- Thanks for reminding us of environmental issues. I just finished The Rise of China and the Demise of the Capitalist World Economy by Minqi Li. The last part is a horrifying description of the ecological problems facing China and the rest of the world. It makes no sense to talk about economics or politics, without talking about the environmental crisis.

GMO weed-shrubs might provide salvation, albeit decades too late to stop the ball rolling, if they can be kept separate from existing plants genetics.

Eleanor, it is my (rather dubious) 'pleasure' to bring the environmental crisis to attention once again. Minqi Li's book sounds very interesting and topical. 'Limits to Capital' keep coming up. I'm reading David Harvey's book by that name at present. Thanks for your words of encouragement.

Phillip Huggan: It wasn't so much a problem of finding the right type of vegetation. Australian's are failing to cope with an extremely entrenched form of corruption at all levels of government.

The 'forest' industry here wanted to have their cake and eat it too. The revolving door of Australia's leading politicians liked the idea of the spread of plantations because:

* they could be regarded as environmental heroes because they were planting so-called 'carbon offests;

* they knew how to get the Australian taxpayer to cover the cost of most of this activity plus pay for their acquisition of huge tracts of Australia's best food-growing land.

* their close link to those in government meant that the top public servants would look the other way when it came to any form of environmental or social regulation.

* they stood to become the new feudal lords at a time when they knew the days of smash-and-grab capitalism were coming to a quick close.

* And what better tree than the Eucalyptus!

“The eucalyptus is the perfect neoliberal tree. It grows quickly, turns a quick profit in the global market and destroys the earth.”